a story behind this Crystalline Sliver. It was originally printed as a Friday Night Magic promo back around the turn of the century, before we started printing logos on promo cards. But before they could be distributed, they were stolen. All of them.

Naturally, there was a certain amount of panic and hair-tearing, but we'll skip over all that. The point is that there were investigations and we eventually got the cards back. But we'd replaced them in the promo rotation, so they've basically been sitting around in our vaults since 2000 or so.

So, are you going to any of the following Summer Series Grand Prix events?

If so, then you could get this exceedingly rare foil card: 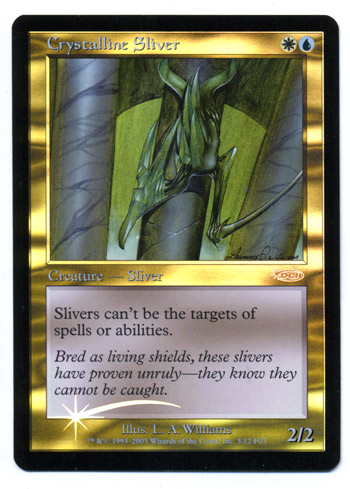