e got an actual Dark Ascension Fat Pack at Arcana Headquarters. Would you like to see what's in it? Of yourse you would! 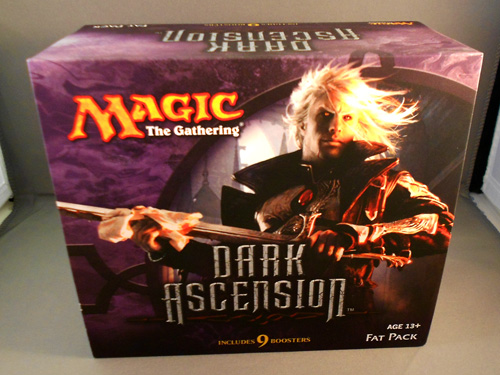 This is what the Fat Pack looks like from the outside. If you want to get one, look for things that look exactly like this. 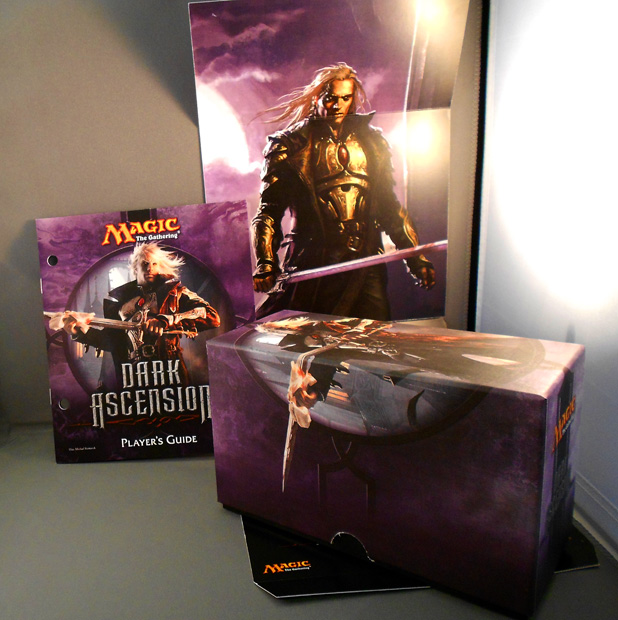 Once you remove the outer wrapper, it turns into a handsome portrait of Sorin, as seen in the background there. The other two things that are immediately visible are the Dark Ascension Player's Guide and a mysterious box. The Player's Guide has information about the set and the world, some combos, and the full Dark Ascension Card Encyclopedia. But what could be in the box? 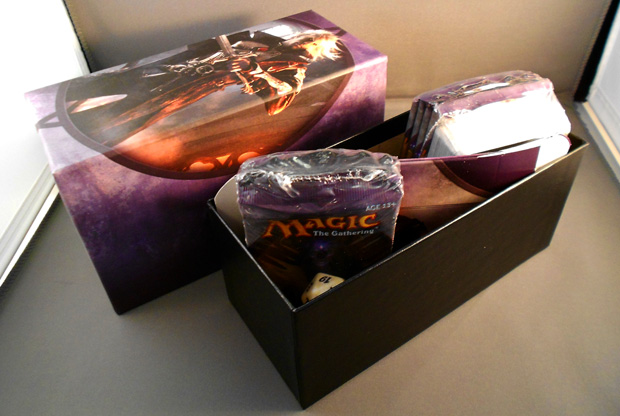 Ah! It appears to be some amount of Magic cards! Let's see what happens when they're removed from the box and arranged artfully for the camera, shall we? 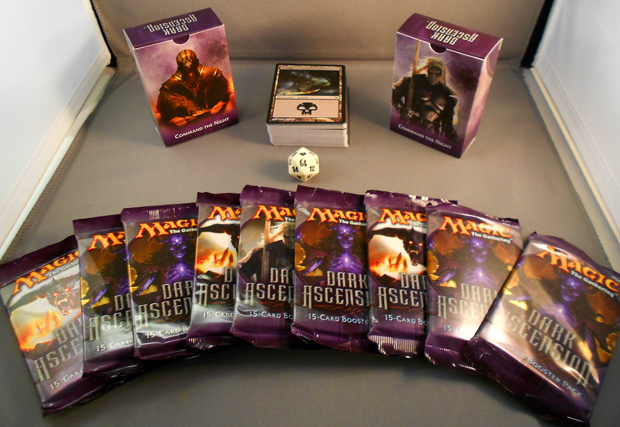 The Dark Ascension Fat Pack will be available in stores at the same time as the rest of Dark Ascension goes on sale on February 3. The MSRP is $39.99.

Oh, before we go, how about a better look at that Sorin picture? 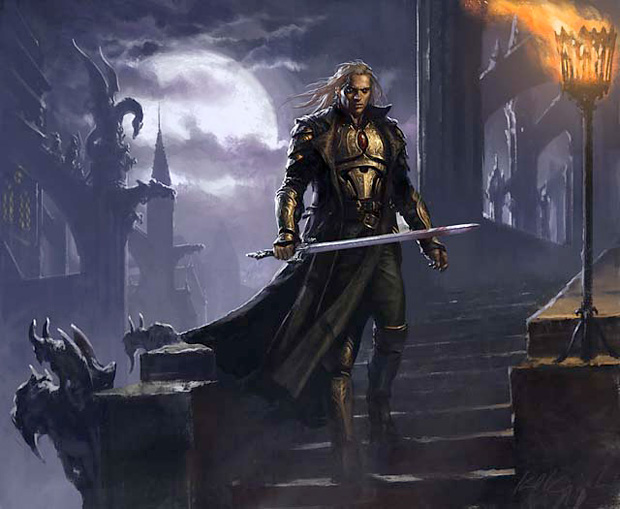