et's talk Intro Packs! These are the sixty-card theme decks that are designed to provide an introduction to Magic in general and Dark Ascension in specific. These are not necessarily FNM level decks; for that, you'll have to wait for the Dark Ascension Event Decks. Okay, enough with the definitions. It's time to look at things! 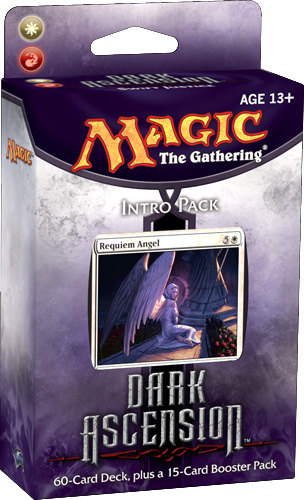 Swift Justice: When you’re surrounded by things that want to kill you, kill them first! Fearlessly lead your creatures headlong into battle, and their ferocity will win you the day. 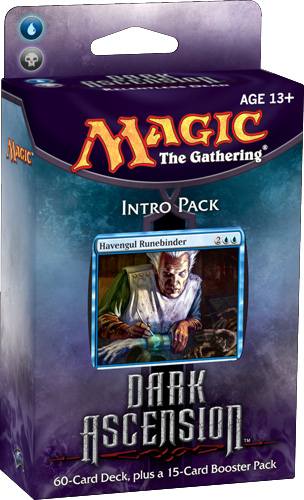 Relentless Dead: Legions of shambling zombies await your command. Unleash your hordes to overwhelm your enemies, then raise an army of the dead with good old-fashioned necromancy. 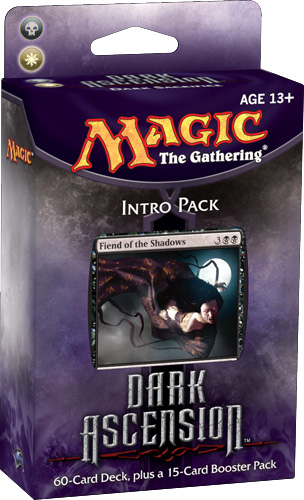 Dark Sacrifice: The dark powers require a sacrifice, and now you can satisfy their diabolical demands. Your reward? Power to vanquish even the strongest foes. 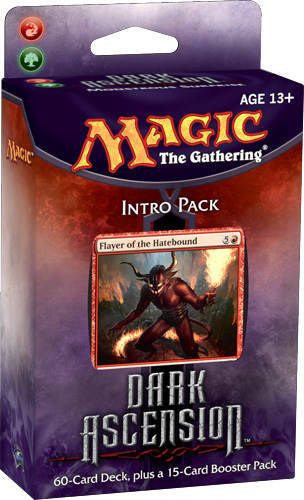 Monstrous Surprise: Just when your enemies think you’re down, you emerge stronger than before. If your creatures die, they return with a vengeance. 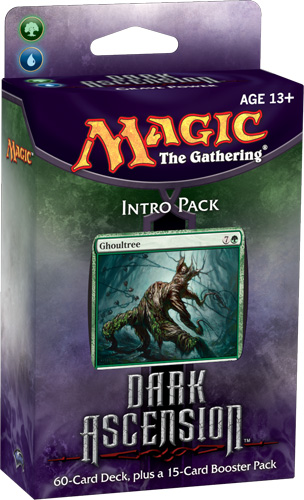 Grave Power: No need to fear death—it just makes you stronger! Fill your graveyard with creatures and then reap the rewards on the battlefield.