here aren't many new tokens in Dark Ascension booster packs, but the ones that exist do have a lot of "new" to show off. 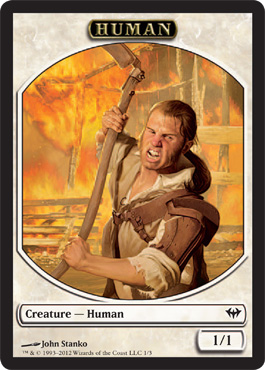 There are well over a thousand Humans in Magic. Isn't it about time there was a Human token? As Mark Rosewater pointed out during Innistrad previews, there's no point having vampires and werewolves and monsters in your horror story if there aren't humans to be menaced. 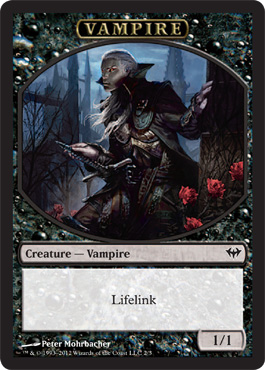 Oh, and speaking of Vampires, there are so many of them on Innistrad (and in Innistrad and Dark Ascension) that it only makes sense to be generating some tokens. But that's not the big news. This is: 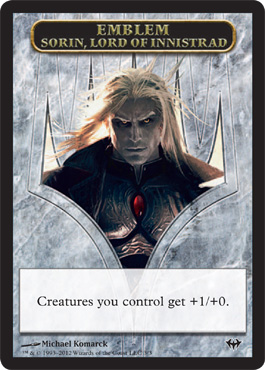 This is the first physical emblem token to show up in regular booster packs. It ties in to Sorin, Lord of Innistrad, who makes these emblems at a cost of just two loyalty. So you might need a few!