et's say you're wondering how to dress like a priest devoted to a demon on Innistrad. It doesn't matter why. It's probably for an upcoming convention or something. So here's Skirsdag Flayer from Dark Ascension. 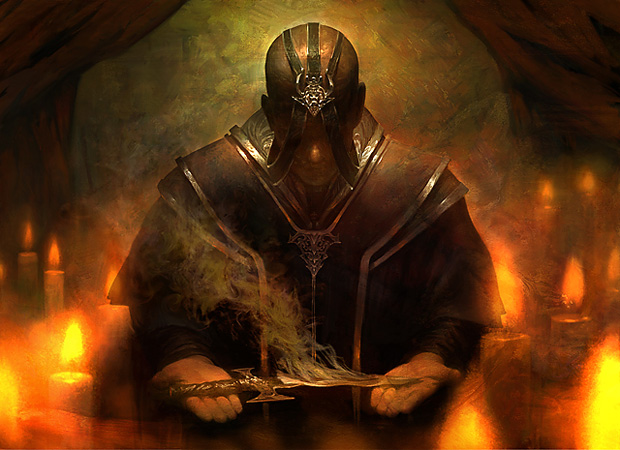 See that thing on the flayer's face? It turns out it's kind of a common thing on Innistrad. Check out Disciple of Griselbrand from the Innistrad set. 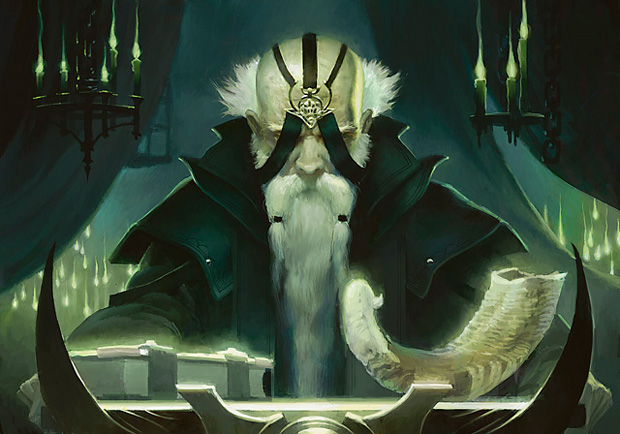 By now, you're probably wondering what that face-thing looks like from the back. Right? Of course you are! And conveniently enough, that's also been shown. Specifically, it's on the alternate-art Ravenous Demon that was given out for Dark Ascension Prereleases! As the demon prepares to consume its servant (and transform into Archdemon of Greed), the back of the priest's head is clearly visible. Just before it gets bitten off, probably. 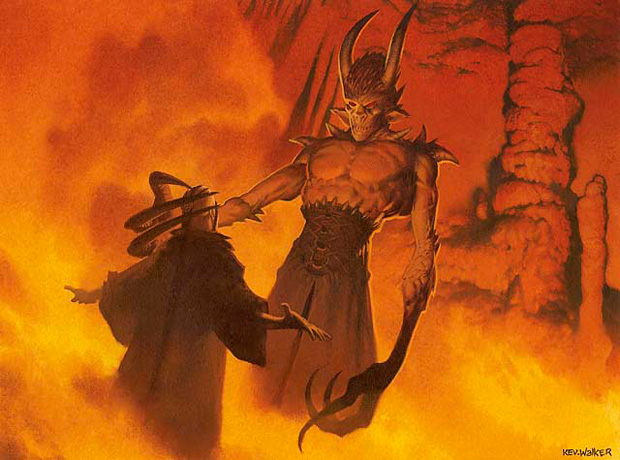