present is an apocalyptic wasteland battered by storms of time. In the Time Spiral set, however, some timeshifted cards represented glimpses of more innocent times. Dominaria’s past lived again in cards like Ith, High Arcanist or Saffi Eriksdotter. 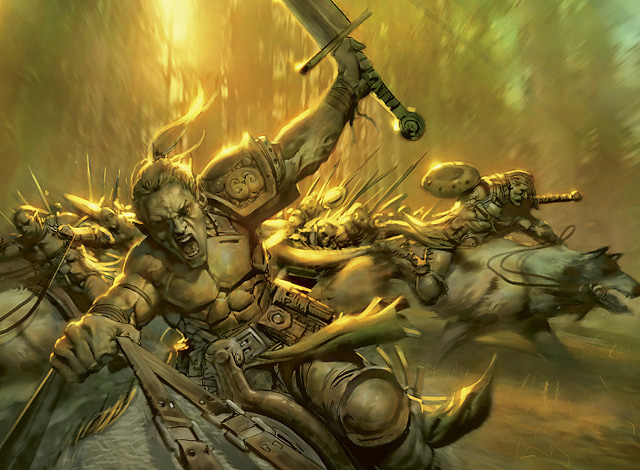 When did this ever happen? – Art by Greg Staples

You know that the present look of green in the Time Spiral style guide is washed-out, sickly, and spare. So what gives with all the noble evergreens in the art above, or the greenery shown on Groundbreaker, or the verdant scene fourth from the top on this page of the minisite?

Those cards depict a world of Dominaria’s ancient, alternate past—recognizable, but each with its own set of divergent details, and far enough back that they predate the various wars, invasions, and ascendant god-beings that have wrecked the plane in the current era. The time rifts may be a symptom of planar cataclysm, but they may also bring hope to Dominarian survivors. Maybe the plane’s Greenseekers will have something to find now, thanks to all the Planar Chaos.