he Magic 2011 card Dryad's Favor depicts one of Magic's mysterious, tree-dwelling dryads granting a worthy human the ability to pass through the woods with supernatural ease—to "walk the forest," if you will. 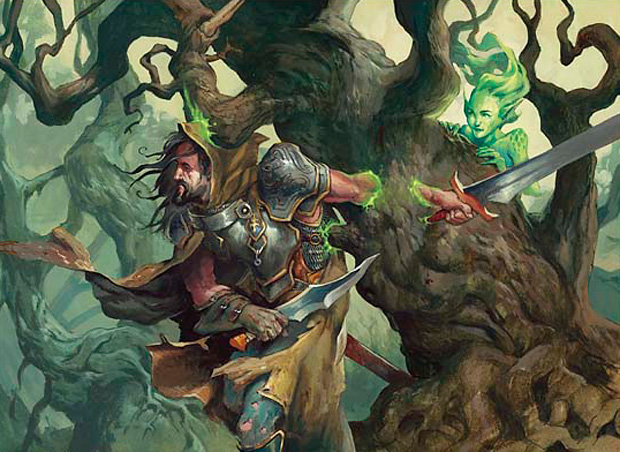 But what sort of person might earn the favor of the dryads, and allowed such free run of the forest? It would probably be someone who was already be familiar with the deep woods, a ranger of the woodlands who had already proven his or her love of the forest. 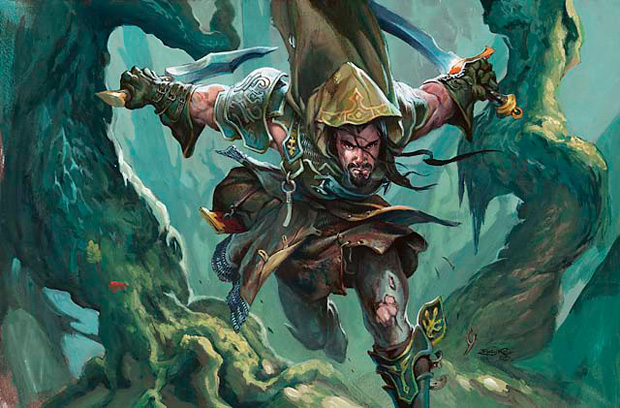