t's time to look at the packaging for Duel Decks: Izzet vs. Golgari. So open your eyes and see! 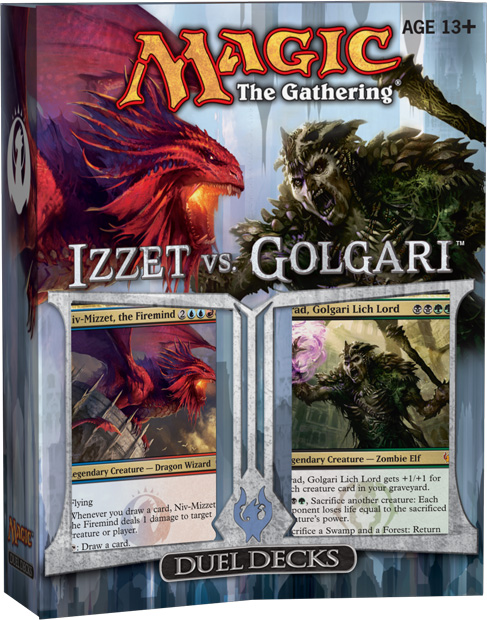 You can sort of see the two guild leaders there. And one of them's a preview of a card in Return to Ravnica! Tell you what, why don't we just show you the cards by themselves?

Duel Decks: Izzet vs. Golgari comes out September 7 and the MSRP is $19.99. The Twitter hashtag is #MTGIVG