e're going to go into Deep History now, so hang on tight and try not to step on any bugs or anything.

This is the Duelist Companion. 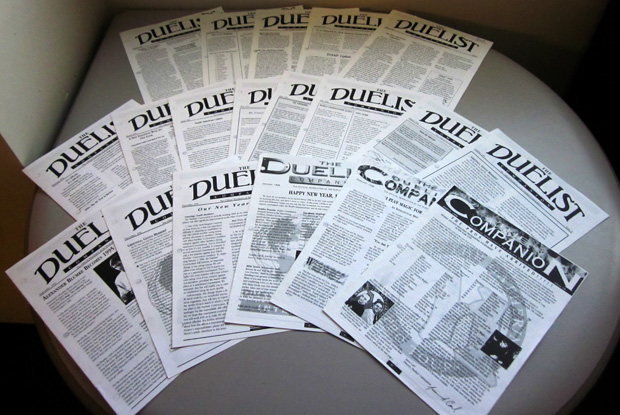 Issue 1 of the Duelist Companion came out in May 1994, and the last issue was Issue 19 in March 1996, in which the winner of the first Pro Tour was announced. In between, the rules of sanctioned Magic play were created, tweaked, changed, and eventually settled on. And here are some of the highlights!

Issue 1: The official deck construction rules were pretty much set at this point in Magic history, with the 60-card minimum and 15-card sideboard already in the rules. On the other hand, this was the last rule:

10. Rules note: The Director of the Duelists' Convocation reserves the exclusive right to add, delete, alter, transmute, polymorph, switch, color-lace, sleight of mind, magical hack, or in any other way change these rules, whole or in part, with or without notice, at any time that it is deemed necessary or desirable. This right is non-negotiable.

Since then, we've adopted a more formal procedure for announcing changes to the tournament rules.

Issue 2: This issue was largely devoted to Wizards of the Coast's new TCG Jyhad (later named Vampire: The Eternal Struggle), although it's notable for new editor (and assistant director of the Duelists' Convocation) Rhias Hall, who was also known at the time as "Auntie Badger". Did you know that Rysorian Badger was named after a real person?

Issue 3: Mark Rosewater (you've heard of him!) contributes a Magic: The Puzzling and also a description of the final match of the first World championship in which Zak Dolan defeated Bertrand Lestree.

If you'd like to take a shot at the puzzle, feel free, but be warned that it works under 1994 rules. And here's the solution!