ou know what's getting closer? Duel Decks: Elspeth vs. Tezzeret. It goes on sale September 3! And with that in mind, we thought you might like to know what's in the decks. The answer: cards!

For example, the Elspeth deck has three cards with brand new art. 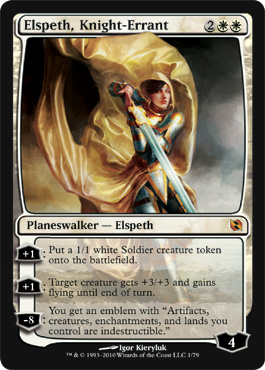 And it also has a number of other cards!

If you're particularly sharp-eyed, you might notice that one of those cards doesn't reveal what it does. Well, that's because Kemba's Skyguard is from Scars of Mirrodin. And we thought we'd maintain a little mystery. Anyway, hey! Would you like to see the cards with new art in Tezzeret's deck? 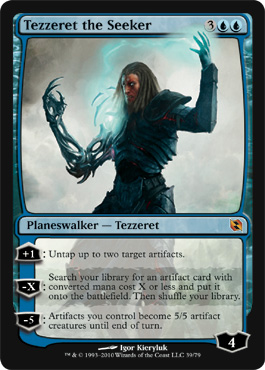 Nice! And here's the deck itself, with one card carefully left unlinked. Enjoy!