ometimes, we look up from our hard work and see that people are clustered around the whiteboard arguing about something: 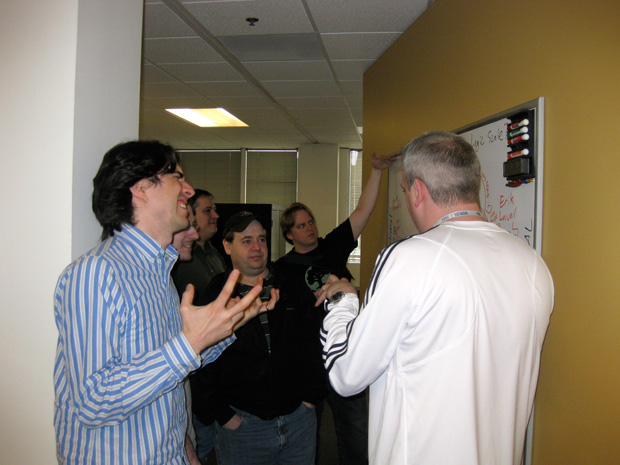 Now, arguments are nothing new in R&D. In fact, it's how pretty much every issue is settled, from "What should be the mana cost of this creature" to "Where do you want to go to lunch?" But whiteboard arguments are usually more fun, because they're enthusiastically irrelevant. So when this happens, we'll stand up and take a look: 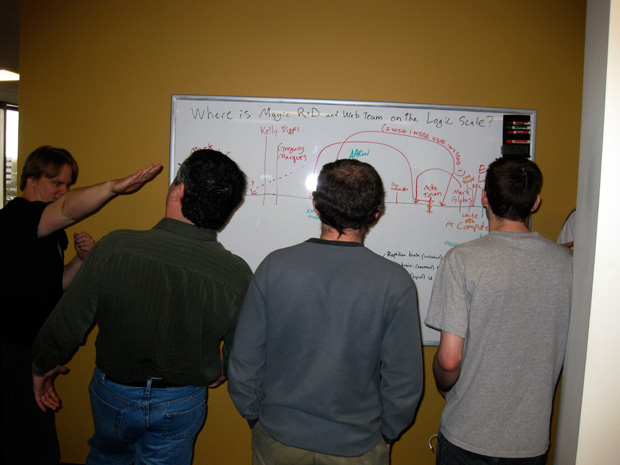 Ah! If there's anything R&D members like to argue about more than Magic cards, it's themselves. And this looks like something where they get to rank themselves and others! We had to wait a bit until the crowd dispersed, but here's what the board looks like at the moment: 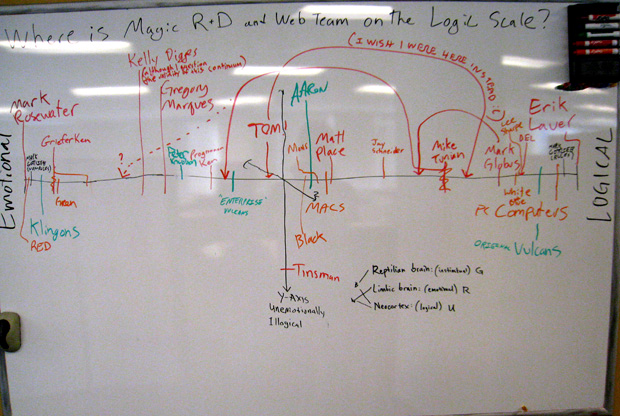 Kelly's placed himself, although his note says "(although I question the validity of this continuum)". Brian Tinsman has taken this a step farther, by placing himself on an entirely new Y-axis. Tom LaPille drew in the Z-axis, although he doesn't have a suggestion for what it might represent. This is all because what R&D really likes to argue about is the validity of artificial constructs. There's a general consensus at this point that Emotion and Logic aren't really different ends of the same scale, and it might be better named "Intuition/Logic" or something. But changing it would mean erasing people's arbitrarily-chosen marks, and that just Isn't Done.