s many of you know, I've been gone for the past week while covering Pro Tour Born of the Gods. One of my all-time favorite Magic memories came from this event, and that was meeting an amazing lady named Esther.

There is a definite stereotype when it comes to Magic players. Most people think of teenage or young men playing the game, when in truth it is much more varied than that. As Esther clearly shows.

I was manning my station in the back with the coverage crew and one of the staff comes back and says, "Trick, you need to go up front right now!" And he said it in a tone that made me think something was wrong. I raced up front and discovered not something on fire, but instead I found Esther speaking quickly in Spanish as she talked to our on-site translator.

After a brief conversation I then raced off to grab Ines, our Spanish community manager, and told her she needed to speak to Esther as well. Ines didn't just speak with her, she sat with her for almost an hour, interviewing and getting to hear her story, which she turned into an article we ran among the tournament coverage and that many of you probably missed or overlooked.

sther Moreno Morales is a 67-year-old Magic: The Gathering fan. She lives in Valencia and dropped by her hometown's Pro Tour on Saturday morning. Morales was looking for the cards that she needs for an entire set of Born of the Gods. While she had an impact on the players and visitors with her presence and story (she was a very energetic personality when she arrived), she still found some time to share with me her story of Magic. 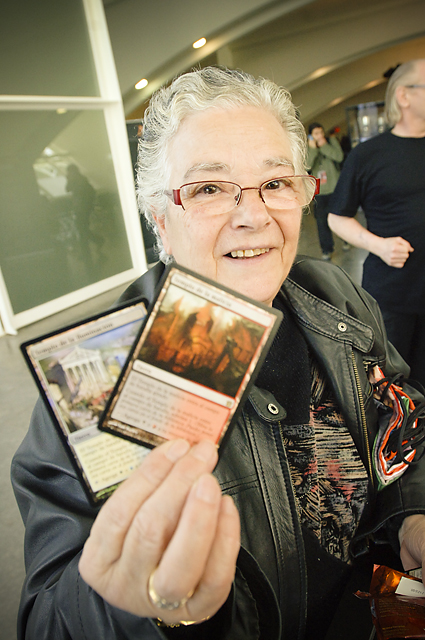 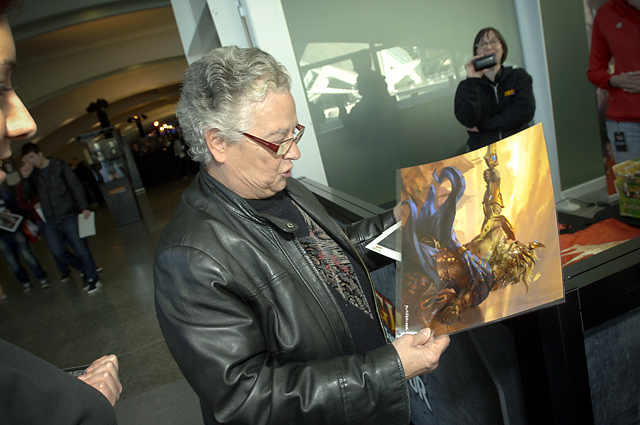