nlike Intro Packs, Event Decks are designed for fairly competitive players. The idea is that you can buy the deck off the shelf and immediately play it at Friday Night Magic. And here's what the Event Decks for Return to Ravnica look like! 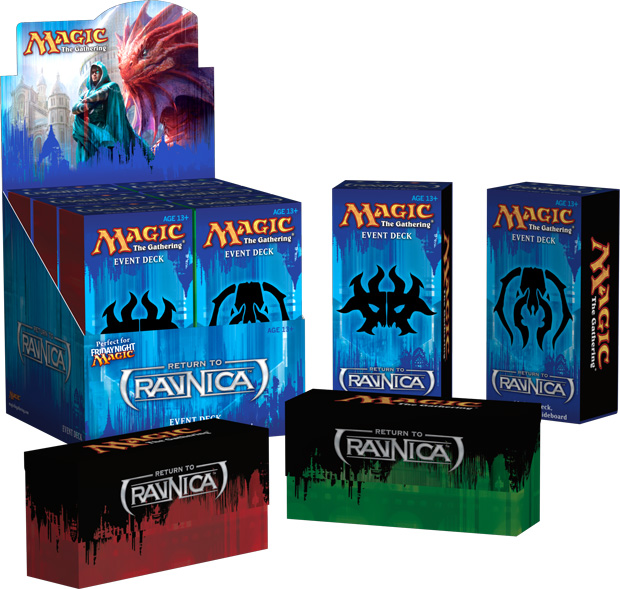 There are two decks, which the discerning eye will immediately recognize as being associated with Rakdos and Golgari. Each one contains a sixty-card deck and fifteen-card sideboard that will be Standard-legal when the Event Decks go on sale at MSRP $24.99 on October 26, 2012.