vent Decks are coming out on February 25, 2011, just before Mirrodin Besieged Game Day on March 5-6. There are two of them, and they come handsomely packaged like this: 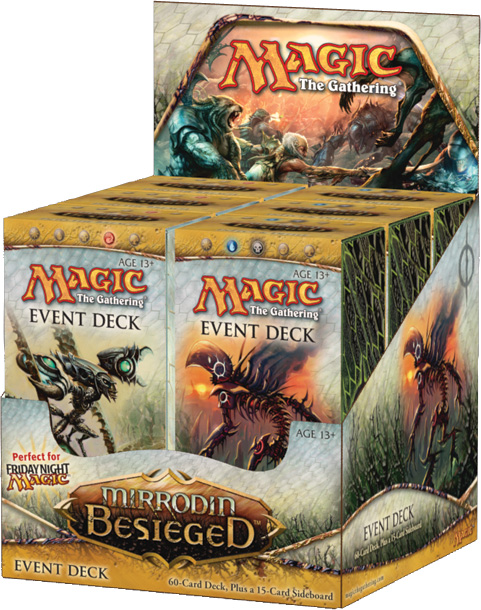 Now, it's quite some time before they come out, and they contain some Mirrodin Besieged cards, so it's a little early to give out the deck lists. But we can tell you that they're designed to be usable at Friday Night Magic. There are seven rares per deck, and they come with four copies of some powerful commons and uncommons. Each deck is designed to be able to compete out of the box, and each one comes with a strategy insert that includes tips on how to customize the deck.