were going to dance around the subject a little and maybe build things up a bit, but then we noticed that the headline for today's arcana clearly reads "Eventide Booster Packaging". So there's probably not much mystery about what we're going to be looking at. So let's get it on! 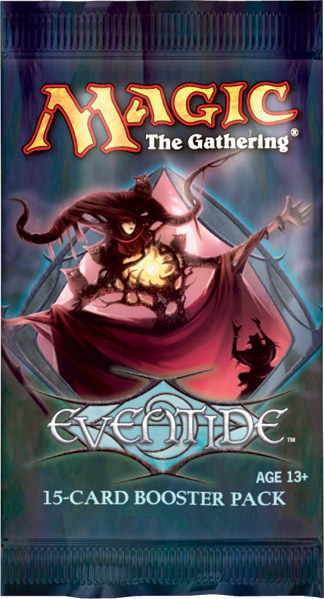 Hmm. That lady has a glowing chest! And she's covered with owls. There's something you don't see every day. How about another one? 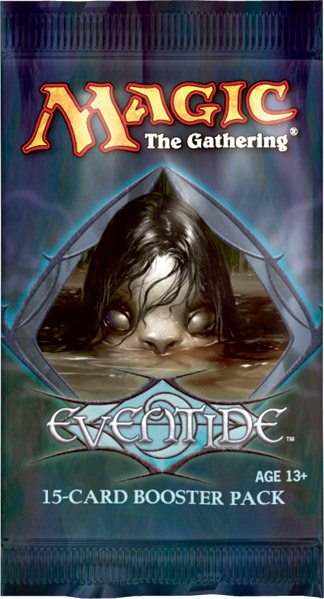 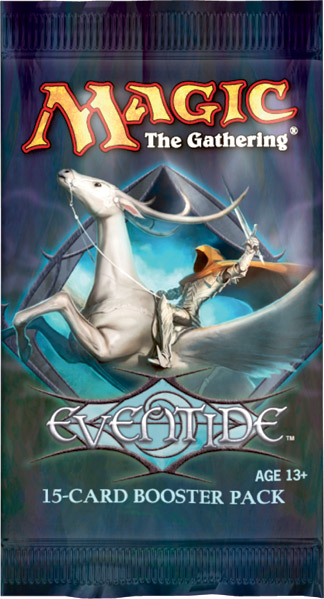 That guy's busting all the way out of the pack! Look out world, here comes this guy! Finally, let's take a look at the display box. 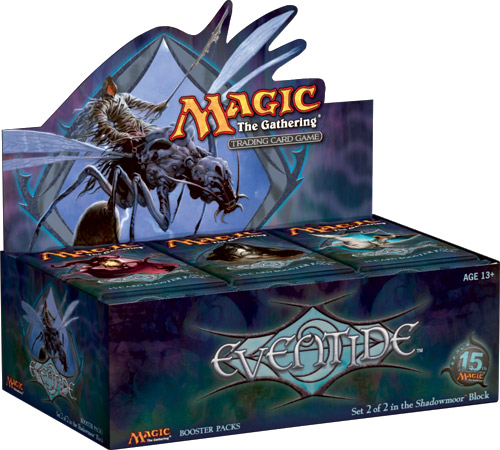 Very handsome. Some kind of shaggy thing with a spear riding a gigantic insect. Unless it's a really tiny shaggy thing. It's hard to tell the scale.

Eventide previews start on June 30, although the Minisite will come in the previous week. We're not admitting anything, but there might be something else before then too...