you like to see some Eventide Theme Decks? I hope the answer is "Yes!" 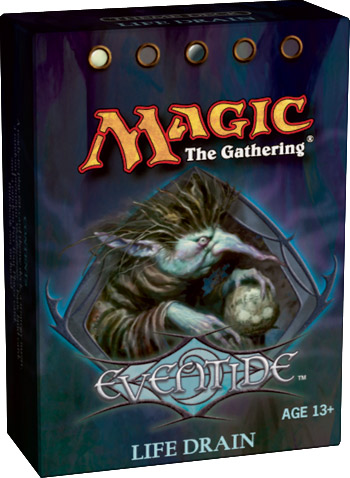 He who lives the longest gets the last laugh. Drain your enemy's life total down to nothing while you keep your own comfortably high. Meanwhile you'll lay down the law, punishing any creatures your opponent makes the mistake of putting in your way. 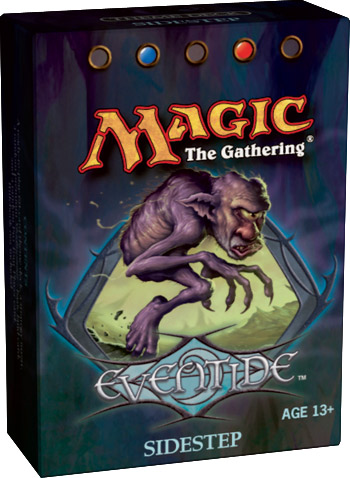 What's wrong with a little mischief, as long as you never get caught? Your creatures are some of the most slippery and sneaky around. They'll get in and out like cat burglars, while you set up tricks and traps to befuddle your enemies. 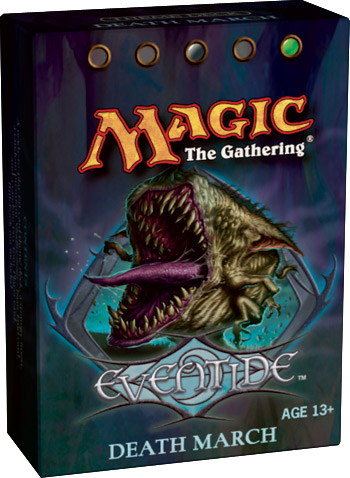 Send your creatures on the attack, or use them to feed a colossal monster of doom. It won't matter whether your creatures are in play or in the graveyard. The power of black-green hybrid means that life and death are playthings for your amusement. 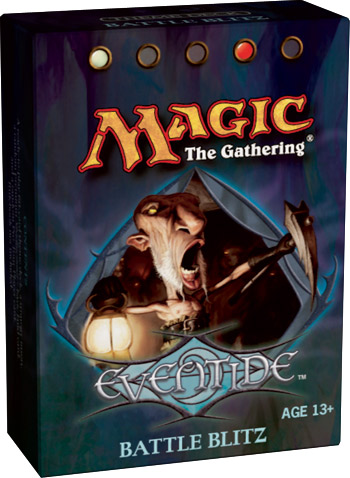 You'll start with a classic rush strategy: flood the board with ferocious fighters as fast as you can. Then the big guns kick in. A barrage of burn clears the way for your army, and then a rapid-fire blitz of tricky tap-untap combinations clinches the victory. 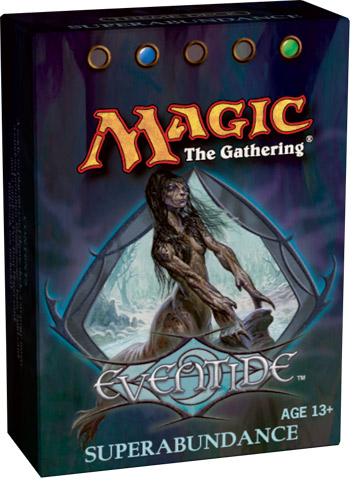 Start this deck's engine, and you'll go from zero to unstoppable in seconds. With each spell you cast, you'll trigger more and more rewards—bigger creatures, more tokens, better cards—and set yourself up to reap even more rewards the next turn.