ike so many gift sequences, it all began with an indestructible fruitcake. 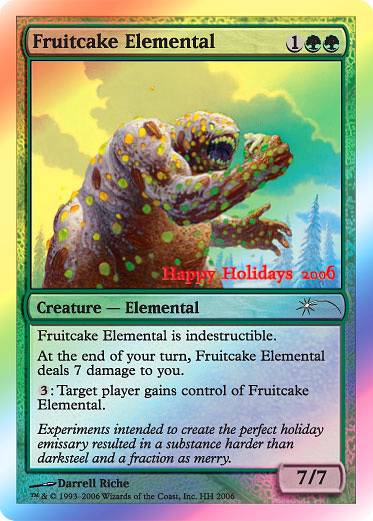 It was 2006, and for the first time Wizards of the Coast had released a special promo card to commemorate the holidays. They were given out as gifts to employees and others associated with Wizards.

In 2007, the special surprise was Gifts Given. 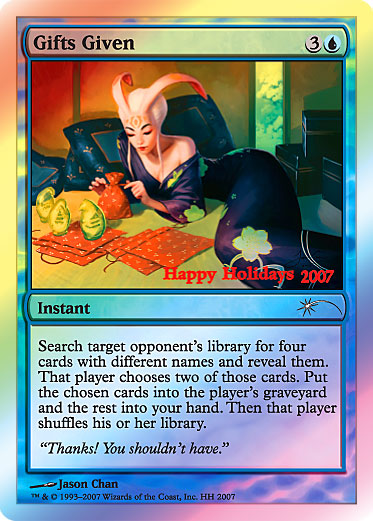 For 2008, Wizards of the Coast wanted to remind everybody that it's definitely better to give than receive. 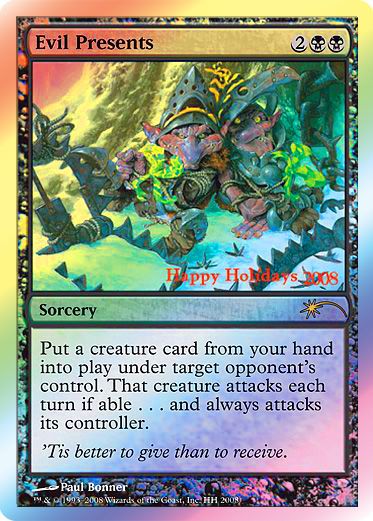 Here's a higher-resolution look at the "gifts" wrapped up in bows for their fortunate recipient. 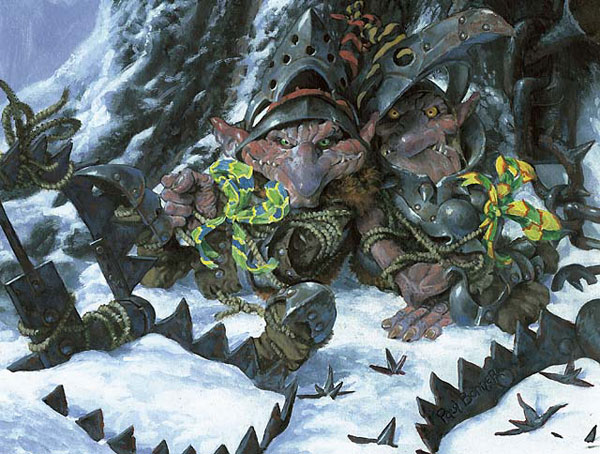 We hope you had a great holiday season!