The Face of the Game

we say "the face of Magic, what do you think of? Serra Angel? Shivan Dragon? Maro?

Well, what if we were to tell you (or, in the case of the old-time players, remind you) that for years and years, the face of the game was . . . Hurloon Minotaur:

This guy was everywhere, from denim jackets to the rulebook. When Wizards of the Coast opened a fancy Game Center in Seattle, guess who was there to greet people? 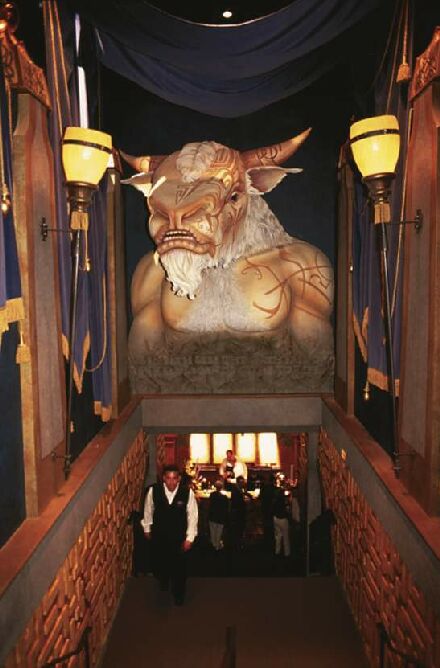 In fact, the Hurloon Minotaur was actually the face of the game before the game was even published. Check out this ad for Magic (from Primal Order: Chessboards, an early Wizards of the Coast product), printed event before Hurloon had been added to the name: 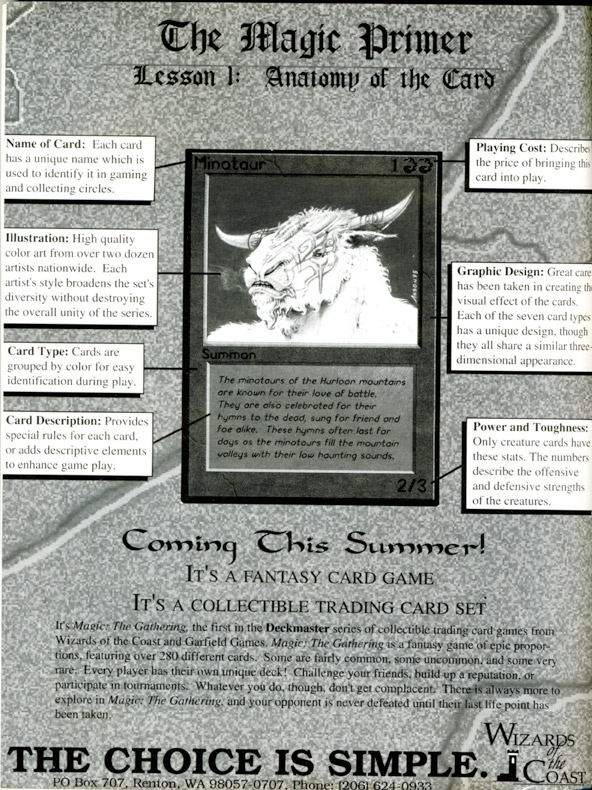 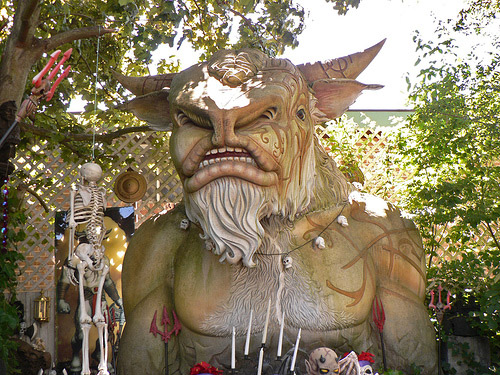 And here's an assortment of other places the Minotaur has turned up: 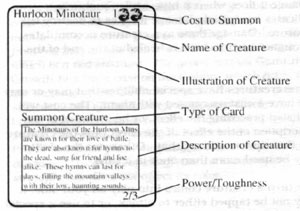 In the original Alpha rulebook 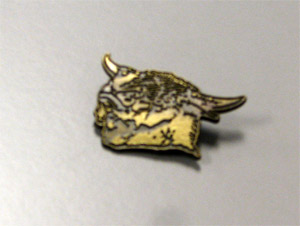 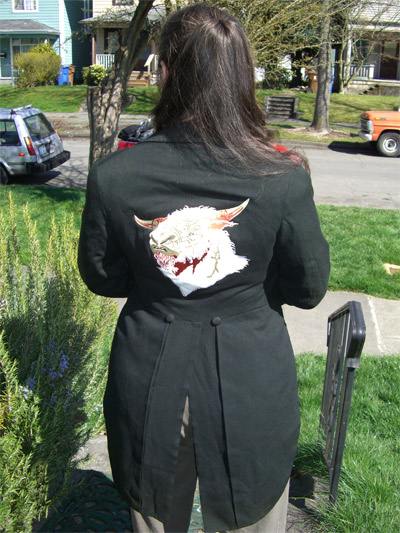 A prototype Hurloon Minotaur tailcoat (only one was ever made!) 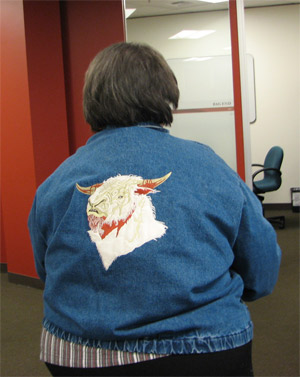 So, in honor of the former Face of the Game, here's a larger version of our old friend, the Hurloon Minotaur.