s you may have heard, Juggernaut is in Magic 2011. And that means this is an excellent time to take a look at the way Juggernaut technology and flavor has changed throughout the years.

In the Beginning: Alpha through Revised 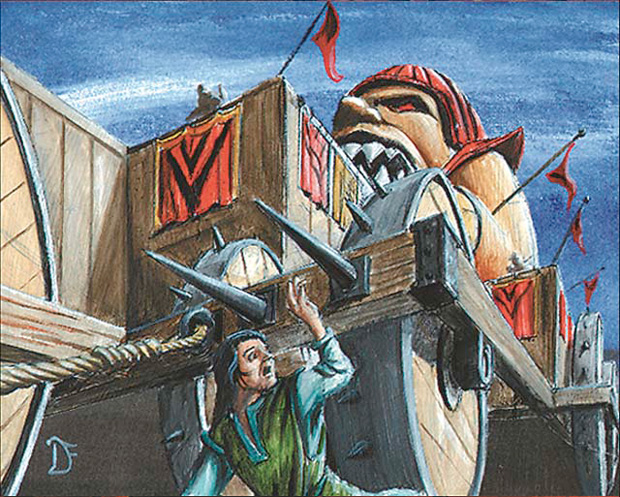 Juggernaut started life as a war machine driven by a shadowy creature. The flavor text was from the point of view of one of its terrified targets, one of whom is seen being crushed under a wheel in the foreground.

We had taken refuge in a small cave, thinking the entrance was too narrow for it to follow. To our horror, its gigantic head smashed into the mountainside, ripping itself a new entrance. 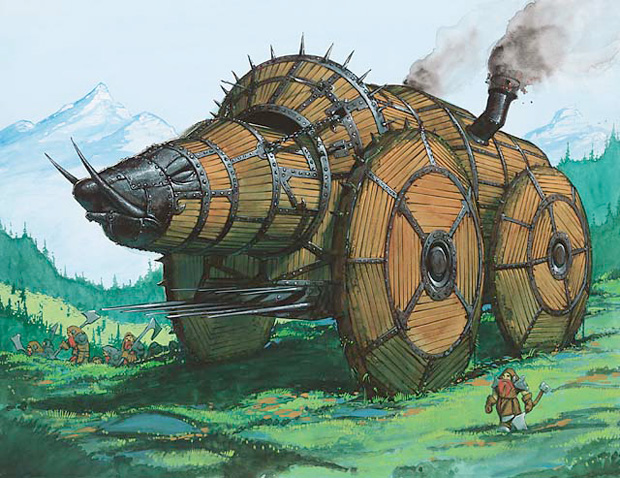 After Revised, Juggernaut took a vacation from Magic for awhile, due to concerns that it was too powerful. It was even banned at one point, on the theory that it created an unstoppable problem if combined with Invisibility. So Odyssey showed the Juggernaut's Otarian Juggernaut. There's no room for flavor text, but the art suggests that this one was built by dwarves. And dig those cool smokestacks!

Darksteel: The Return of Juggernaut 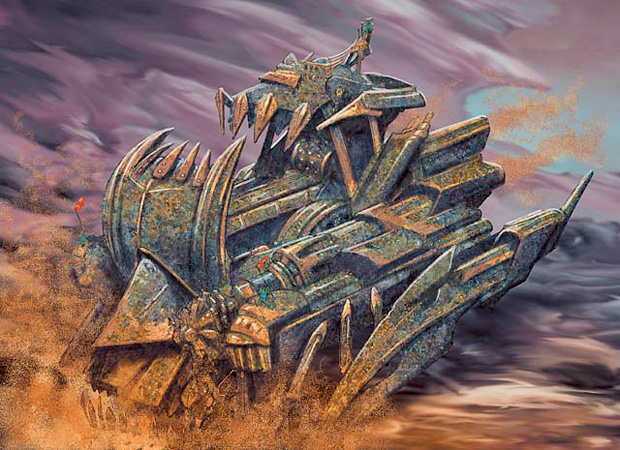 When Mirrodin block rolled around, the perception of Juggernaut's power level was more reasonable, and it certainly seemed like a good fit. Its new look was more of an earth-mover and less "a parade float with spikes on the front". The flavor text revealed that this version was made by goblins.

The goblins built it far larger than the cave opening, but to their glee, it smashed into the mountainside, ripping itself a new exit.

Note that it's still smashing into a cave opening, just as it did in its original form.

Juggernaut madea triumphant return to the Core Set in Tenth Edition, with the same art as Darksteel but new, non-goblin flavor text.

Built with neither a way to steer nor a way to stop, the juggernauts were simply aimed at an enemy's best defenses and told to charge.

Welcome to the Future: Juggernaut in Magic 2011 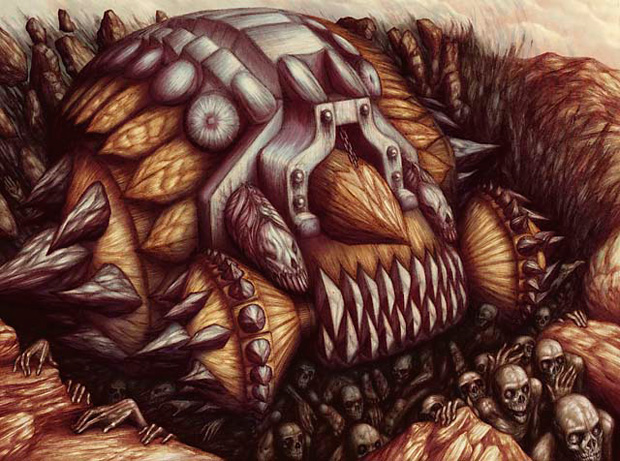 There was no Juggernaut in Magic 2010, but it's back! And with brand new art and a new story, too!

The mighty city of An Karras, with its rich history, built over thousands of years, fell in three hours.

Let that be a lesson to you. If you don't want to end up like the mighty city of An Karras, don't put so many walls in your city. 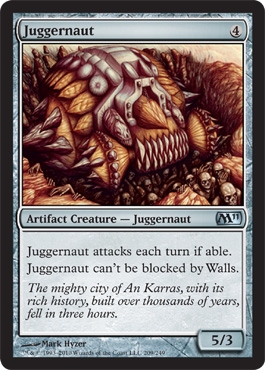