here was a time when Urza was the most important unseen figure in Magic. He had Urza's Tower, Urza's Miter, and Sunglasses of Urza. But no one knew what he looked like.

Eventually, of course, he made an appearance on a card: Mind Over Matter, from Exodus. 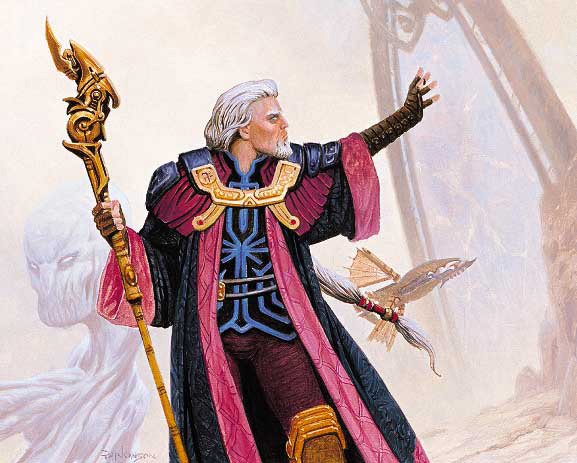 The next block was Urza's Saga, so it's no surprise that Urza's appearances ramped up a bit. Since then, he's appeared on many cards. Sometimes he's been Blind Seer, and one time he was a Legacy Weapon. Since his story spans thousands of years, it's not surprising that he sometimes looks a little different. Here's some of our favorite Urza cameos. 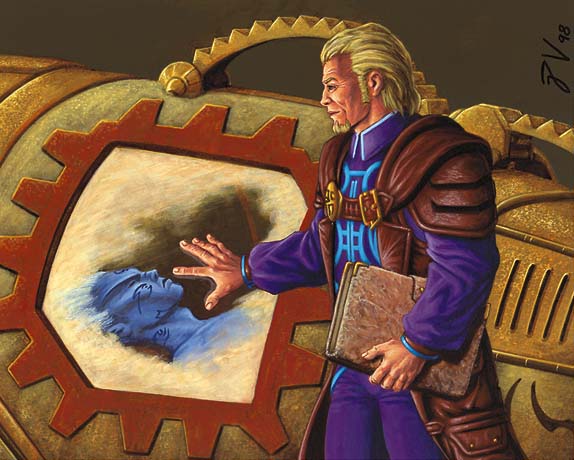 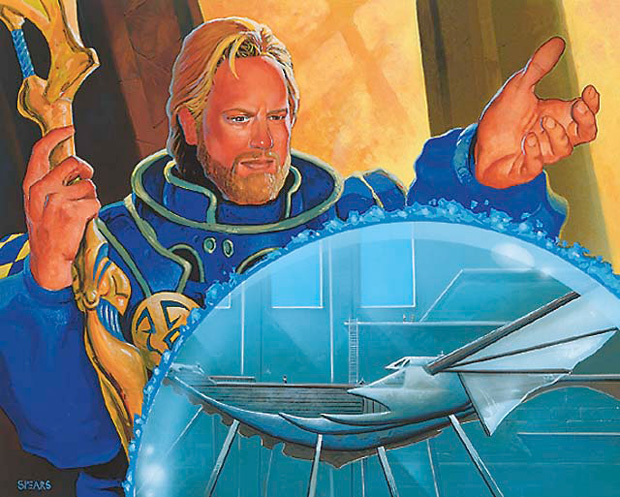 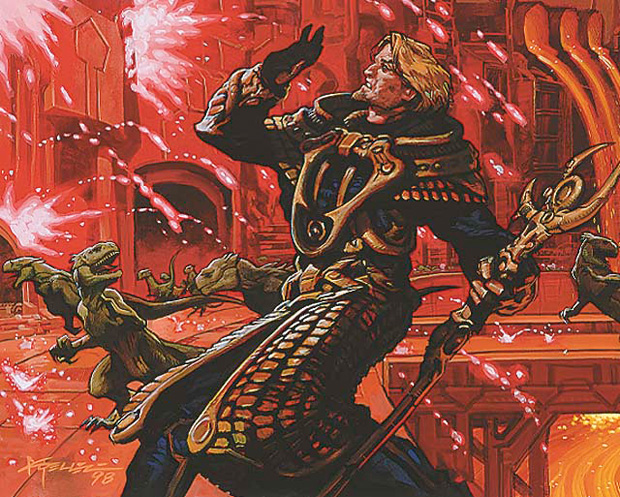 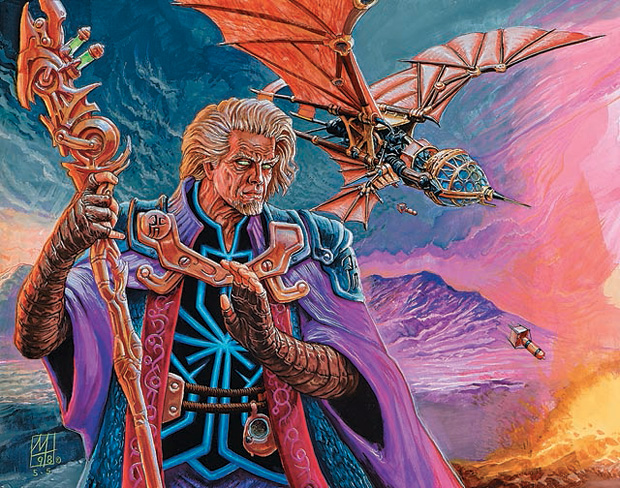