ast your eyes forward, if you would, and contemplate the Mirrodin Besieged Prerelease Event. It's not happening for awhile (not until January 29-30, 2011, in fact), but there's something happening that might be of interest. Check this out! 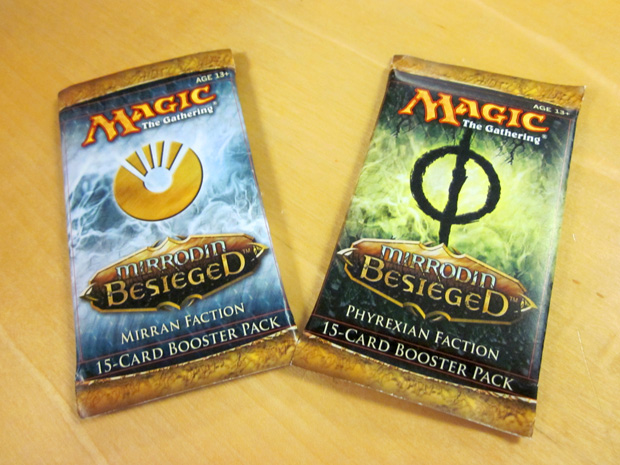 For these boosters, Mirrodin Besieged was divided into two halves. Cards with the Mirran watermarks appear only in Mirran boosters, and cards with Phyrexian watermarks appear only in Phyrexian boosters. There's also one basic land in each booster. Foil cards will show up at about the same frequency as they do in regular boosters and don't follow the rules about what booster they can show up in (both Mirran and Phyrexian foils can show up in either booster).

There will be two different prerelease promo cards provided for the prerelease. Everyone will identify as either Mirran or Phyrexian and should receive the corresponding card for that faction. Players who participate in multiple events are allowed to change factions between events.