he first issue of the new Magic: The Gathering comic book will hit stores, we're told, in January. But let's talk about the second issue. Because it's going to have this playable card: 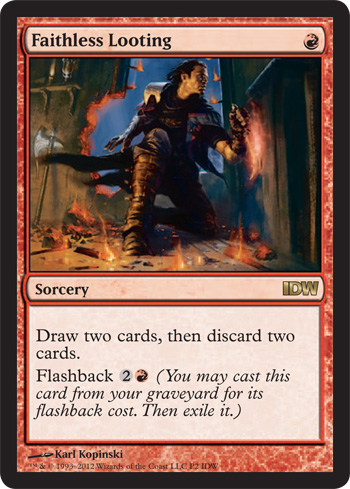 That's a card that's also going to be in Dark Ascension (as a common), although it's going to have different art and flavor text. Well, technically the version you see here is the "alternate-art" one, but you know what we mean.

For more information about the Magic: The Gathering comic book, consult the official page at IDW's site.