hen the Magic 2010 rules changes came around, one of the things the rules gurus wanted to do was to clean up "Bands with other". Here's how it originally worked in Legends: 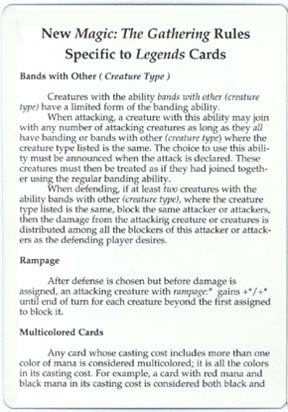 But what if the original creature wasn't even green? What does it mean if, say, there's a goblin with "bands with other minotaurs"? In order to answer this important question, the R&D whiteboard was used to solicit opinions. And, as so often happens, what it actually got was a bunch of sarcastic answers. Answers which we now share with you! 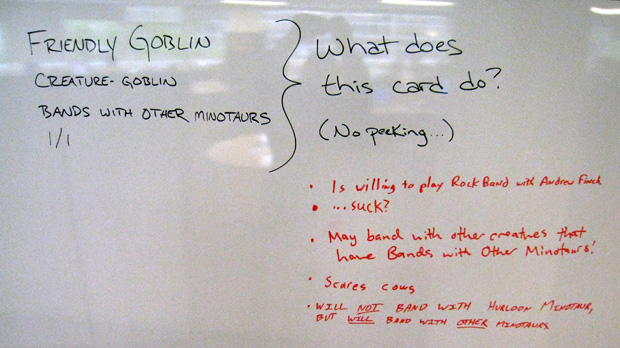