Game with Fame on XBLA 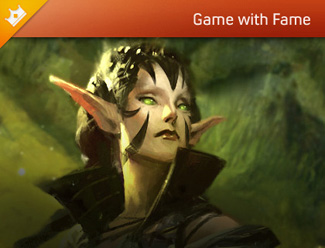 To celebrate the launch of Duels of the Planeswalkers on Xbox LIVE Arcade, join us for the Game with Fame event on Saturday, June 20 from 11 a.m. to 2 p.m. PST.

So what is Game with Fame? It's an opportunity like no other—the chance to challenge Hall of Famers Jon Finkel and Mike Turian, columnist Gerry Thompson, long-time pros Brian Kibler and Jamie Parke, and Magic creator Richard Garfield on Duels of the Planeswalkers via XBLA.

Who starts with the Spellslinger achievement? The Game with Famers do, as do people who were involved with the creation of Duels. Beat one of them, and you just might face some challengers yourself ....