hen Doomgape was being concepted, here's what the Creative team had in mind:

Color: Black and green creature
Location: Dead forest and/or rotting swamp
Action: Show an enormous (40' tall) shaggy monster lurching and crashing over the haunted countryside on. It is hunched but upright. It has no eyes, but its mouth is immense, able to swallow a horse in one go, and it has an unsettling number of joints and reticulation to its jaw, like a deep-sea grouper. It has many fangs/tusks.
Focus: The monster
Mood: A horror designed for consumption
Notes: Like all Shadowmoor elementals, this creature should seem semi-real, dreamlike somehow. More surreal and preternatural than a plain ol' monster.

Dave Allsop took a look at that and promptly delivered this sketch. 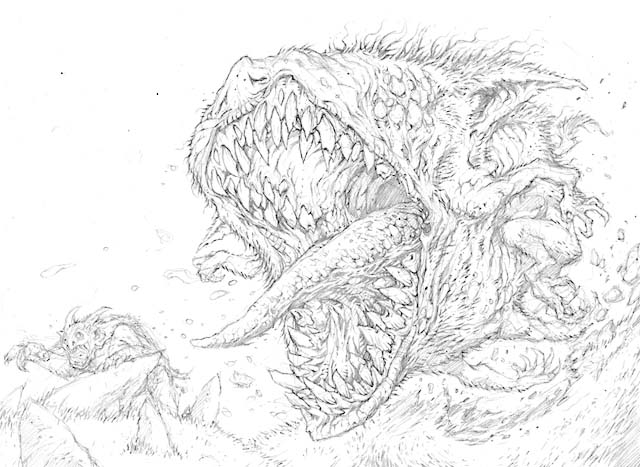 The team thought it looked great... but was it really a 10/10? Could Dave maybe make it bigger somehow? It's hard to see how the monster or its ravenous maw could be made larger, so he went the other way, and made its victim smaller. Here's the final version. 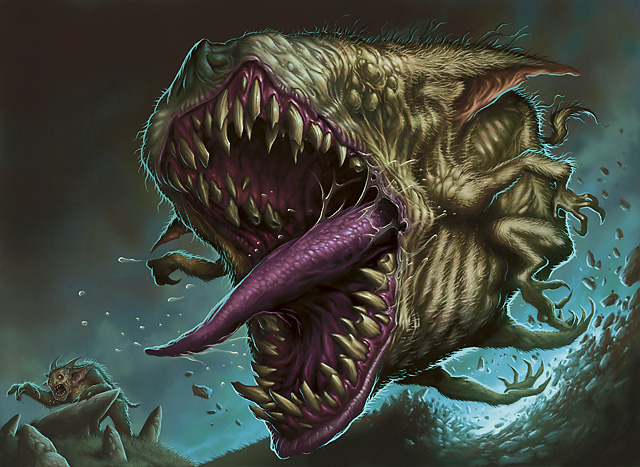 And here's how it looks on the card!