Each of the five Gatecrash Intro Packs comes with a ready-to-play sixty-card deck featuring a foil premium rare card (it's the one you can see in the pictures!), two sealed fifteen-card booster packs, a strategy insert, and a Magic "learn to play" guide. 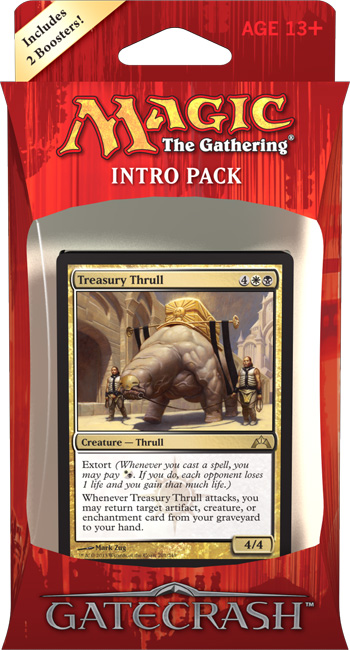 The Orzhov Syndicate hides its racketeering enterprises under a veneer of piety. Lead the corrupt hierarchy to victory with the "Orzhov Oppression" deck. Clamp down on your opponents and bleed them dry, drop by inevitable drop. 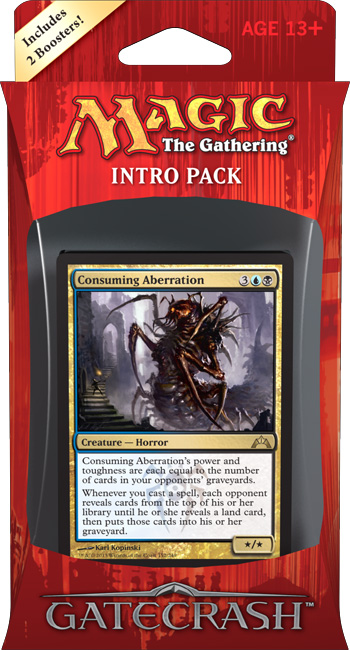 The secretive mind-mages of House Dimir spill the secrets of their enemies—and exploit them for their own advantage. Use the "Dimir Dementia" deck to gain access to the guarded depths of your opponent’s library and reap the rewards. 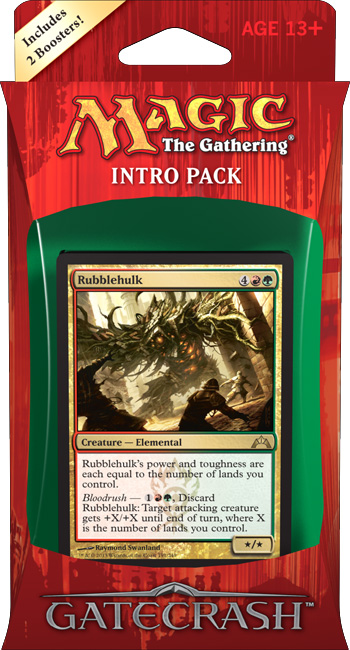 The brutish outsiders of the Gruul Clans are sick of being kicked around. It’s time to taste sweet revenge. You’ll build up a base of speedy mana, then knock the smirk off your opponent’s face with the "Gruul Goliaths" deck’s stream of hulking monsters. 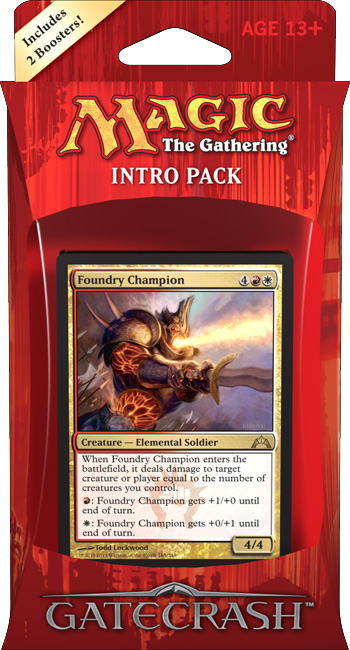 The Boros Legion fights as one fierce army, joined together under a banner of righteousness. Take command of the "Boros Battalion" deck to construct an ever-growing army and march it right over your enemy’s defenses. 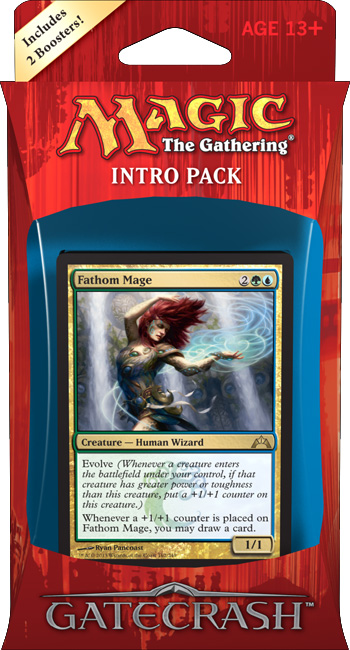 The Simic Combine uses bio-magic to hybridize strange creatures. Advance the state of the art with the "Simic Synthesis" deck, evolving larger and weirder life forms and using their adaptations to evolve yourself a victory.

And as long as we're here, how about the Gatecrash Fat Pack? It looks like this! 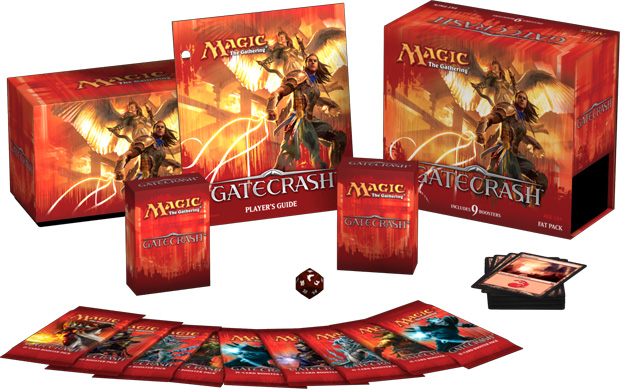 The Gatecrash Fat Pack contains all the goodies you want in a Fat Pack: