zzet labs, packed full of sensitive reagents, are chain reactions waiting to happen. The Izzet are all about replicating an effect multiple times, which is why the card you know as Goblin Flectomancer was originally designed to have a Fork/Twincast-like ability instead of its redirection ability.

Matt Cavotta -- who still, somehow, finds time to illustrate cards even with his job as Magic Creative Writer -- was assigned to the card back when it still had its Fork ability. That's why his initial sketch shows the Izzet goblin wearing a sort of tuning-fork-like projection on his helmet. Check it out: 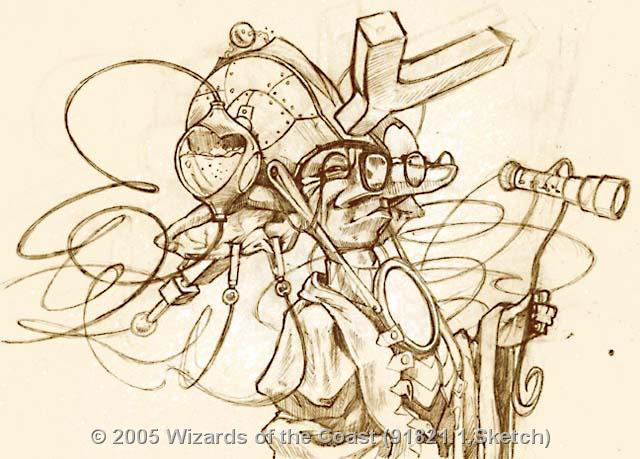 One spell goes into the goblin-brain, two come out. Nice. But then the card was changed to the current version -- more of a Deflection or Shunt on legs than a Fork -- and so a change was needed. So Matt adapted the piece to show a hollow tube on the goblin's helm rather than the tuning fork. Now the goblin redirects the course of those spell energies rather than splitting them.

Of course, the goblin is still consumed in the reaction. 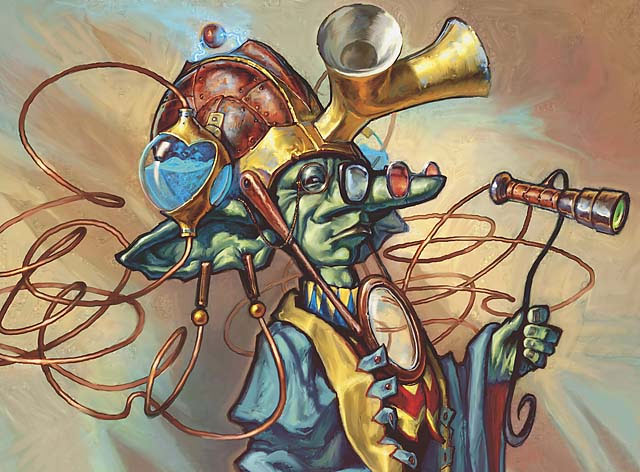