Gone but not Forgotten Ancient

very first You Make the Card feature produced Forgotten Ancient, a powerful and fun green elemental creature of increasingly unwieldy size. During its creation, its art concept was selected (“A humanoid elemental of moss supports itself with a hand against a dead tree. From where the elemental touches, it spreads wild regrowth”) and Mark Tedin was selected as the artist for the job. Mark then produced this art of “Mr. Babycakes”: 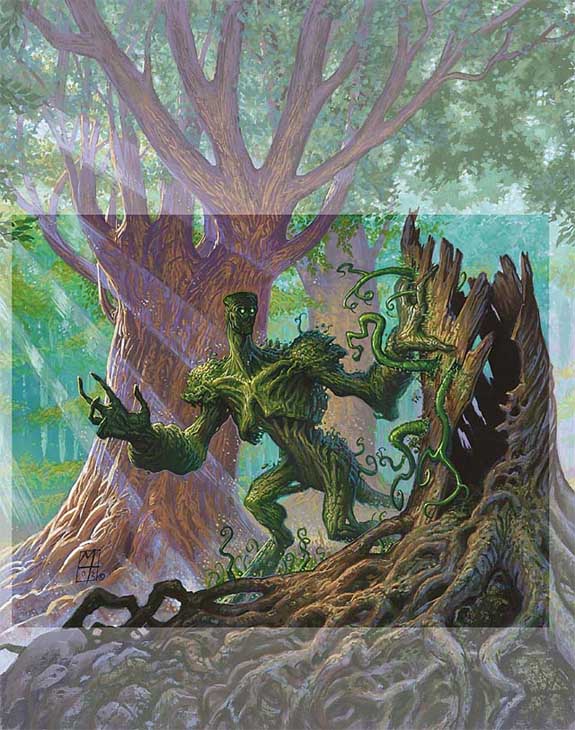 3WW
Creature – Elemental
Flying
Whenever you play an enchantment spell, put a +1/+1 counter on each creature you control.
3/3

Location: Ravnica “skyline” at night
Action: Show a strange winged creature of your design, maybe 12' tall, that looks like it's “made of night.” Show it perched on the top of a spire, wings spread. It's darker than the night (or dusk) sky behind it, and its body contains many stars of varying brightness.
Focus: the winged “starry night” elemental

An elemental creature with an ability that grants +1/+1 counters? That sounds familiar! Mark took the opportunity to hearken back to his original Forgotten Ancient art when he submitted the sketch for this new critter. Check out the facial similarities. 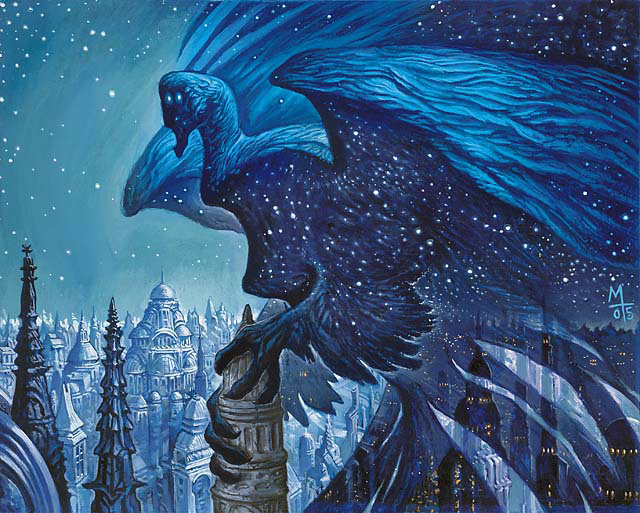 The creative team liked the connection, and even named the card to be reminiscent of the player-created Scourge elemental.

Forgotten Ancienthas a chance to be in Tenth Edition—but even if it loses out, at least you’ll have Celestial Ancient around to keep the faith.