few weeks ago, we saw guild symbols in Return to Ravnica artwork. But we only scratched the surface!

For example, the birds get into the act! Check out the armor on the chest of Judge's Familiar. 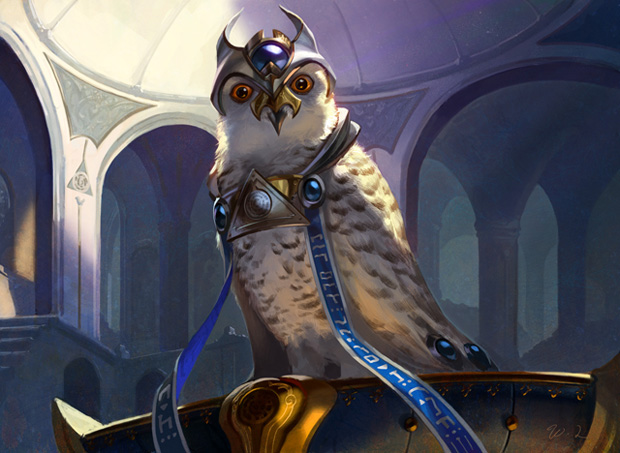 The Loxodon Smiter is covered in the Selesnya symbol, including on the hammer it smites with. 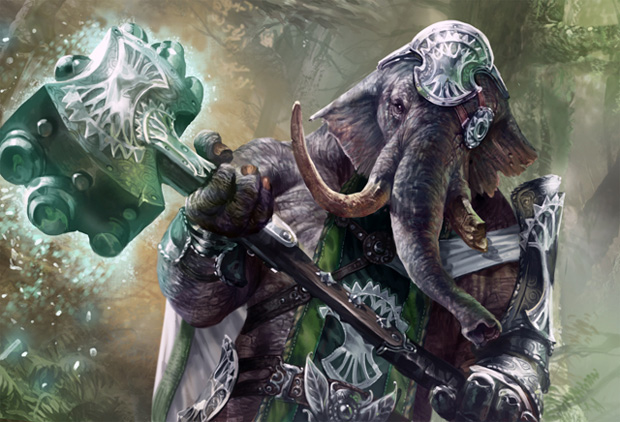 The Splatter Thug is going to war with a tattered banner that used to have the Rakdos symbol on it. 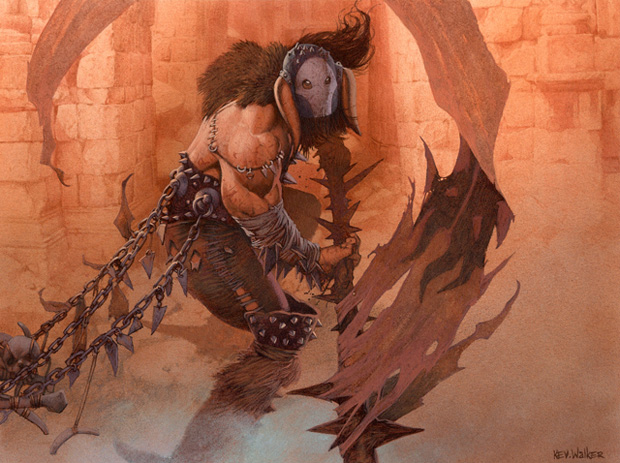 Even the arrowhead on Avenging Arrow clearly shows the guild of the archer: 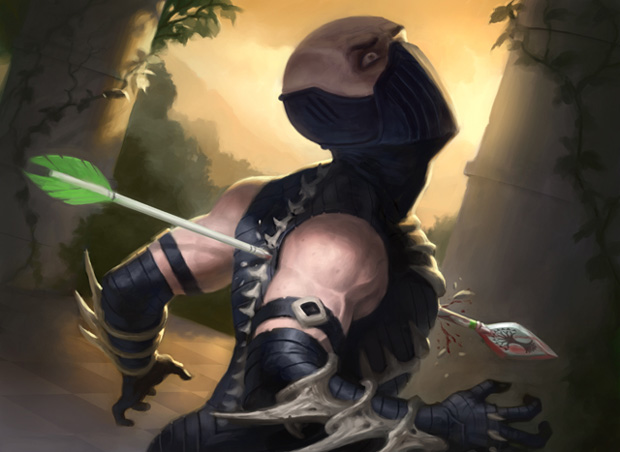