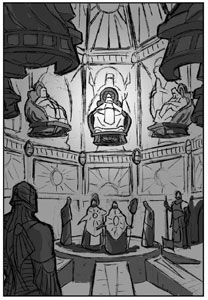 politically-charged compromise between White's devotion to community order and Black's thirst for individual power, the Orzhov Syndicate is a guild entirely committed to the establishment and maintainance of a power structure in Ravnica.

Today we take a look at the Guildpact style guide to see how the look and feel of the Orzhov illustrates this commitment as well as some other interesting details about them.

A style guide is a document of text and reference illustrations used to guide artists who work on a Magic set. Unless otherwise noted, the concept illustrations shown in this Arcana are all by Guildpact's lead conceptual artist, D. Alexander Gregory.

One of the most important aspects of the Orzhov is their ruling elite, the ghost council. Before they were a Ghost Council of Orzhova, they were concepted as a necromancy-supported patriarchy of mostly-undead guild bosses, sort of a cross between archbishops and mafia dons. See Revenant Patriarch, Castigate, Dark Confidant and of course Ghost Council of Orzhova for cards with looks at who's running the show of the guild. 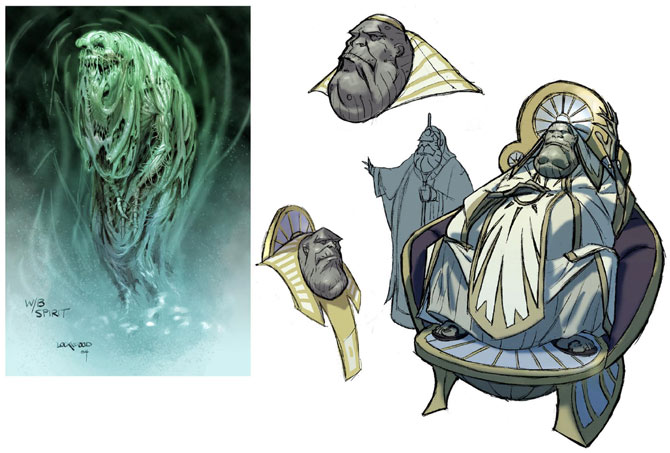 Under the patriarchs are layer after layer of lesser figures such as bishops, pontiffs, and enforcers. Key to the Orzhov gameplan is the use of a veneer of religion to cover up -- and provide moral justification for -- their power-mongering, criminal dealings. The pontiff concept (below, left) was a direct inspiration for the Orzhov Pontiff card, and you can see the idea of masks (again, another example of deception and the hiding of true purposes -- or is it just an expression of pious shame?) show up on Agent of Masks. 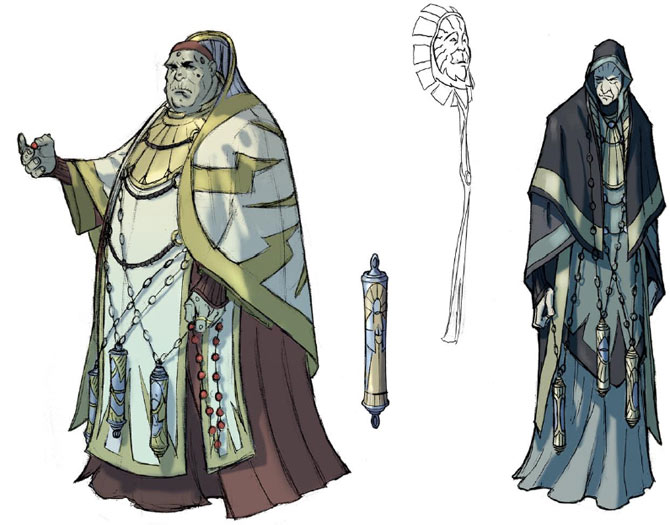 As for their lowest-level minions, the Orzhov employ both gargoyles -- which decorate their overblown guildhalls that serve as part cathedral and part bank -- and thrulls, which we've seen in Arcana before. 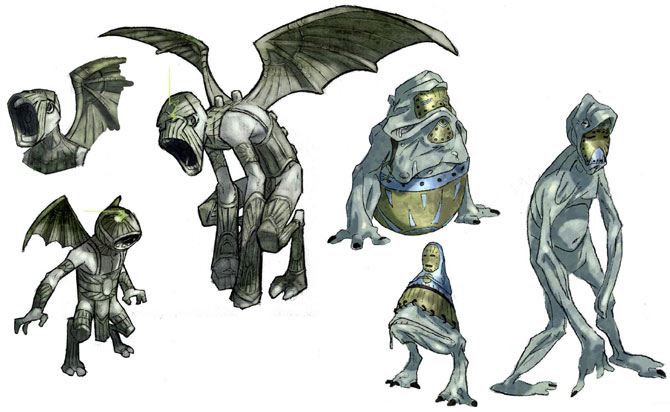