he upcoming Guildpact set features three pre-constructed theme decks, each themed around one of Guildpact's guilds.

The third one is called Code of the Orzhov, and it looks a little something like this: 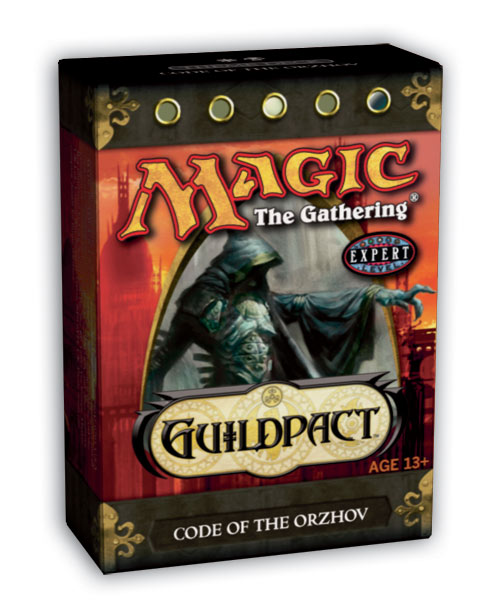