here's lots of moving parts to making Magic the awesome game it is today. For example, did you know that Magic is printed in eleven languages? We call the process of translating from English to one of the other ten languages "localization" because more goes into it than just a simple machine-translated algorithm. We want to convey the same sense and feeling from English into French or German or Korean or any of our other languages.

To accomplish this, we work with an organization called AlphaCRC. Whether it is cards, text on packaging, web content such as Planeswalker Points, or anything else, we work with them to get it localized. The difficulty comes from the fact that Magic is a complicated product and we greatly benefit from having people familiar with the game involved with the localization. 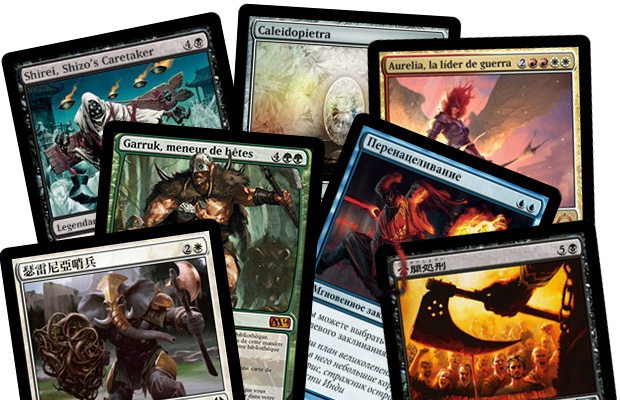 Today, we're putting out the call for people who are strongly gifted linguistically who might be comfortable helping us with our efforts to localize Magic into other languages.

If you're interested in potentially working as a freelancer with AlphaCRC, you can go visit their application and fill out your information. Make sure you check "Translator (Games)."