rom time to time, we like to use Arcana to just highlight an element of Magic that's cool. Today, for example, we'd like to draw your attention to Tomb Hex.

If you were to describe the action in this artwork as though, let's say, you were trying to explain to the artist what you wanted it to portray, it would look like this.

Show a human explorer getting painfully contorted and twisted by strong gravitational fields. For example, perhaps the spell has caused his waist to swivel around 180 degrees, his arms and legs to stretch and twist, and his head to distort and spiral bizarrely. Behind him, we see twisted swamp structures that reflect similar shapes, as if the explorer is being warped by the same invisible forces that shaped this swamp.

Mood: The world protecting itself from interlopers

And here's the point. It's really cool looking. See? 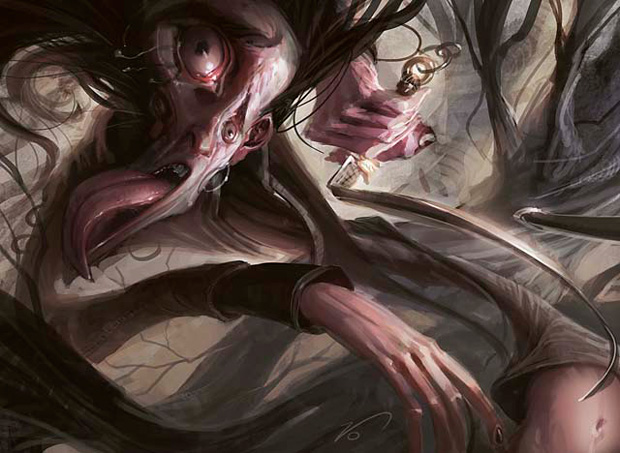