Because we've got a lot of Magic players, we overflowed the first War chart that got posted. And the second. So here's what we have at the moment. 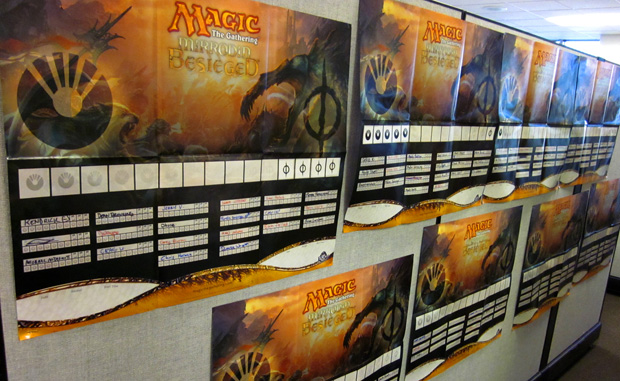 We're playing with slightly different rules from the ones used in your local game store. Because one of the reasons we have a league is to help everyone be familiar with the current set, we have sealed decks made out of three Mirrodin Besieged packs and three faction packs of Mirrodin Besieged. 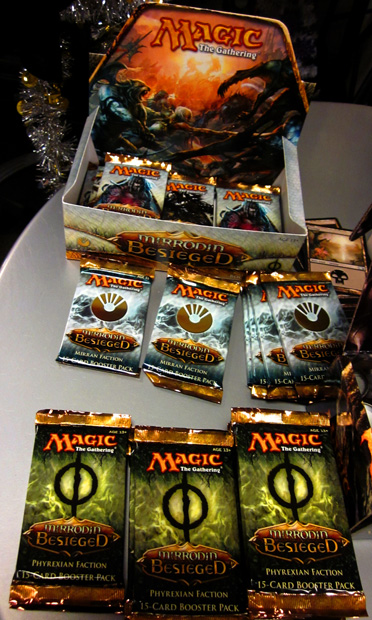 So that's no Scars of Mirrodin packs at all. No mana myr. No spellbombs. Just hyper-focused decks.My Phyrexian deck, for example, has four Phyrexian Digesters, three Core Prowlers, and three Skinwings. And a Tezzeret, Agent of Bolas, so I feel like I have a pretty clear game plan. Unfortunately, I recently faced a Mirran deck that used four consecutive Burn the Impures to wreck me. So it goes both ways.

On the plus side, we get cool pins! 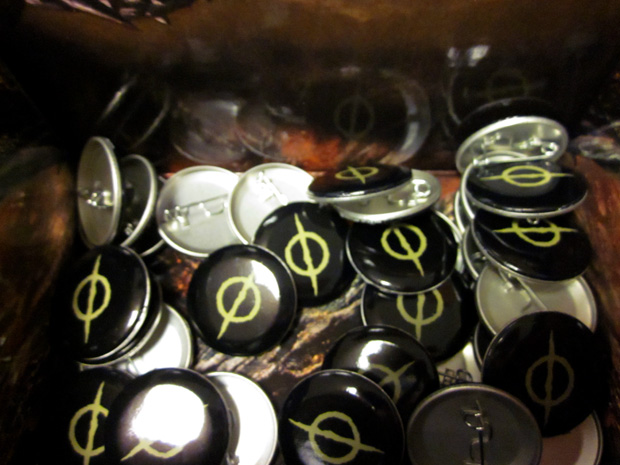 The current standings (where "current" means "when this was written") have Phyrexia slightly ahead: 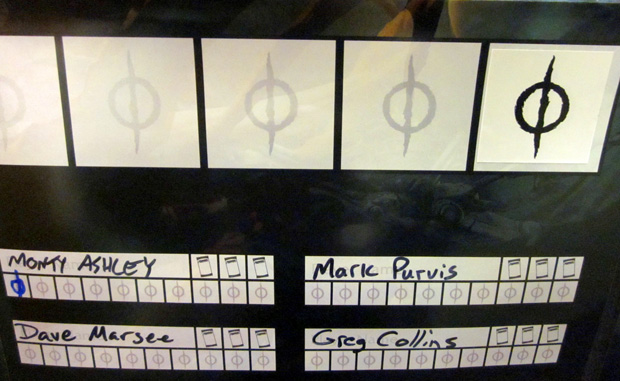