id you notice that the entire Innistrad set is visible on the Card Image Gallery? Every single card! Except for the tokens, because those are right here!

We're going to skip the traditional "meaningless comment after each card image" this time out, except to note that there are two different Wolf tokens that are both created by Garruk Relentless. And there are three different Zombie tokens. Aside from that, you're on your own. Next time, to make up for that, we'll have comments that are twice as meaningless as usual! 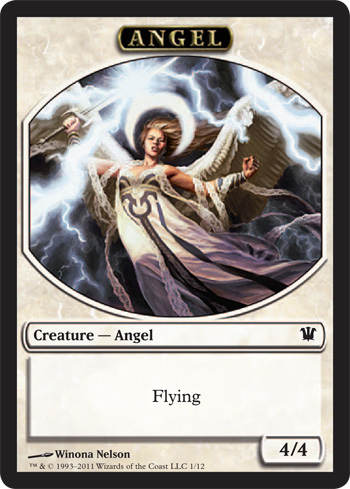 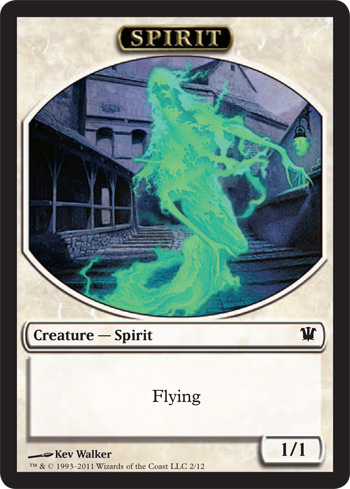 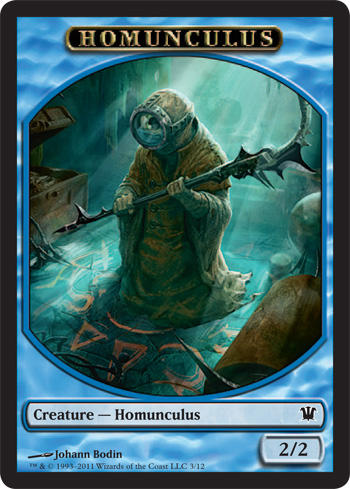 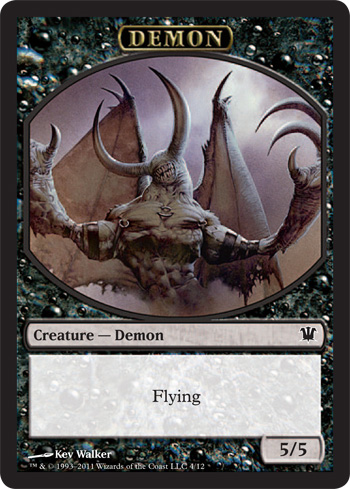 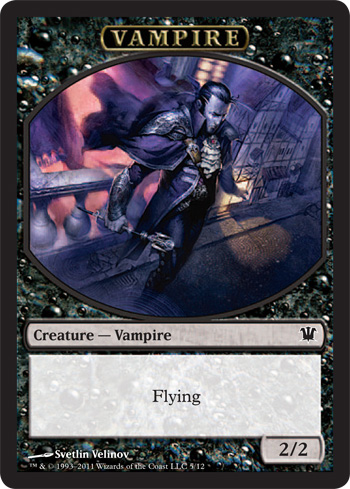 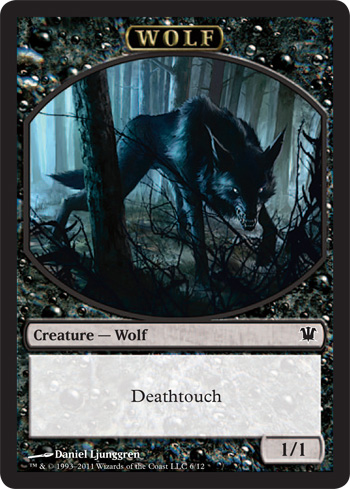 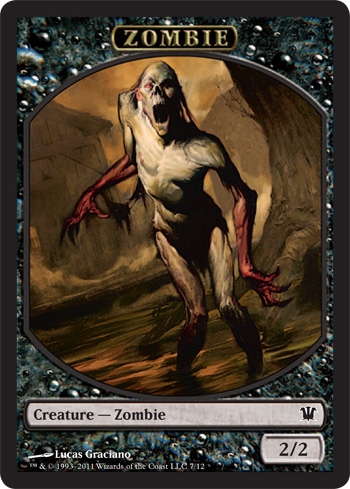 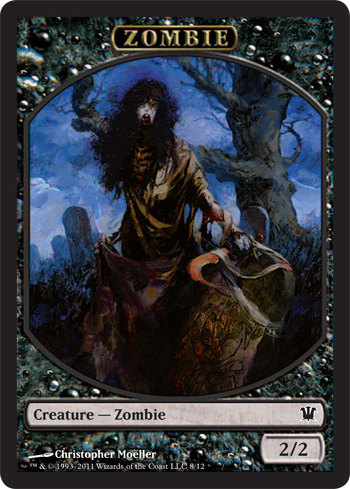 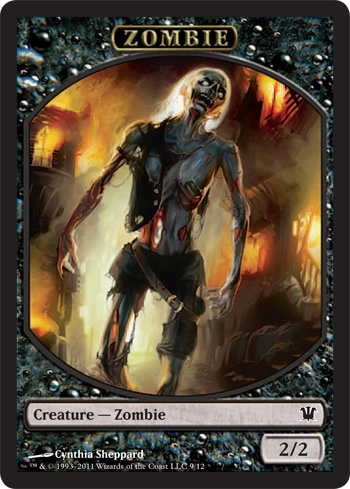 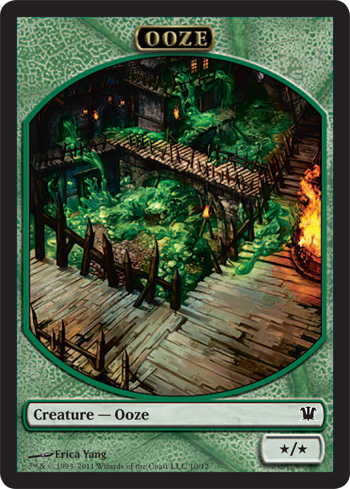 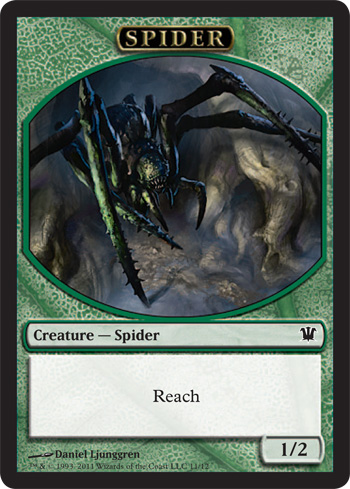 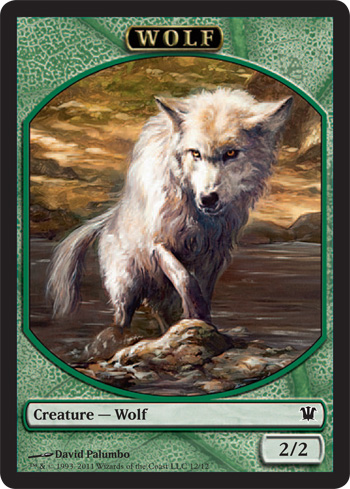 There's another kind of Innistrad token, incidentally. If you were lucky enough to be at the Ascend into Darkness party at PAX Prime, you had the opportunity to be made into a custom token card. Here's a sampling of Wizards of the Coast employees in their demonic, vampiric, zombified, or angelic forms. 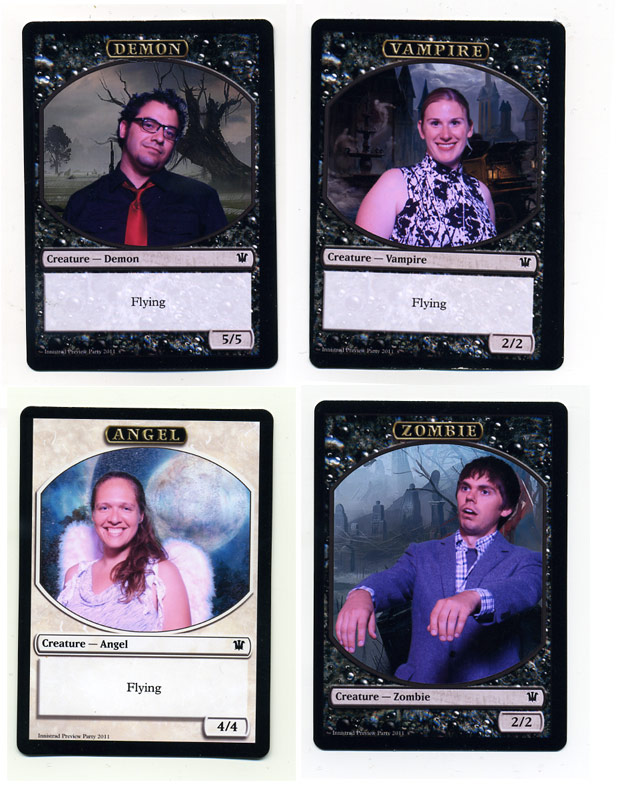