he plane of Alara is home to many creatures that don't exist on Earth. Some of these, like the hoofed, lion-like leotau of Bant and the owlish strix of Esper, bear some resemblance to Earth species; others, like the reptilian thrinax and vicious thoctar, are much more alien.

So when you see an unfamiliar word in a creature's name, you probably assume it's a made-up fantasy creature. But that's not always the case. Case in point: the insects of Alara, specifically Jund.

On Earth: Carabids, or ground beetles, are a large family of over 40,000 beetle species. Their caustic secretions are a defensive mechanism, a trait for which some, known as bombardier beetles, are particularly famous. Their food includes common pests such as caterpillars. [Source: [http://en.wikipedia.org/wiki/Ground_beetle]Wikipedia]

On Alara: Carabids are large beetles of over 30 feet in length. No caustic secretions, but their food includes humanoid "pests" such as Nacatl, the leonin warriors of Naya. 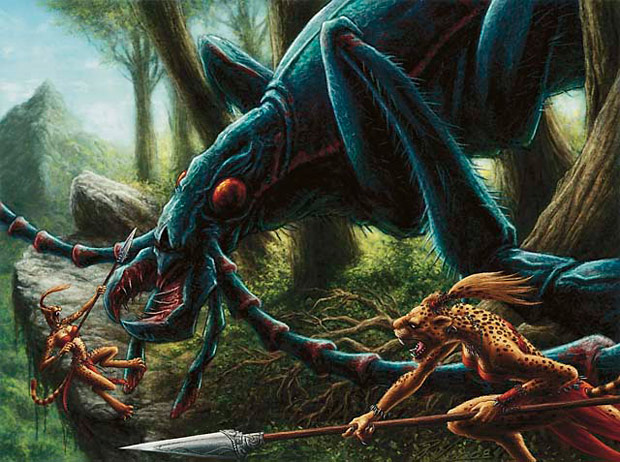 On Earth: Ambush bugs, relatives of assassin bugs, hide in wildflowers and lie in wait for their prey, including bees, flies, and other insects. Their forelegs are thick and fold up like those of a praying mantis. [Source: [http://www.uky.edu/Ag/CritterFiles/casefile/insects/bugs/assassin/assass...

On Alara: Giant ambush beetles anywhere they'll fit and lie in wait for their prey, including human soldiers of Bant and other humanoids. Note the thickened forelegs. 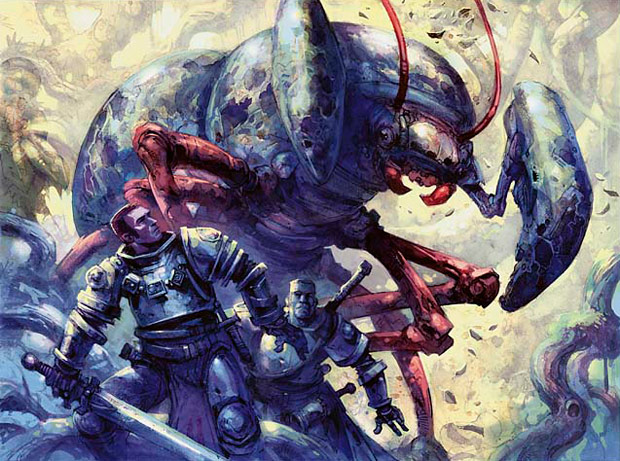 On Earth: Blister beetles are mostly herbivorous beetles that defend themselves from predators with a caustic chemical called cantharidin that causes blistering of the skin. Cantharadin is used medically to remove warts. [Source: [http://en.wikipedia.org/wiki/Meloidae]Wikipedia]

On Alara: Blister beetles are Jundian beetles that defend themselves from predators with a caustic chemical that causes scarring of the skin. Blister Beetles are used strategically to remove 1/1s. 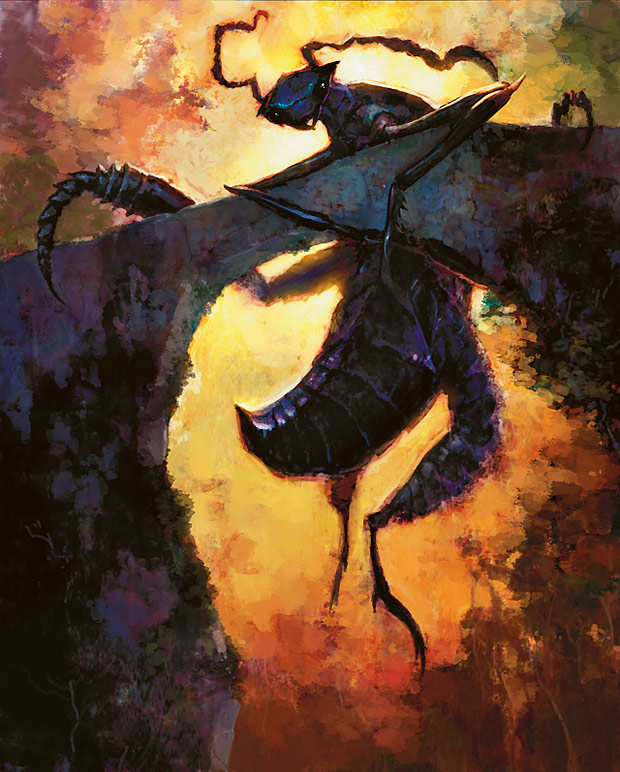