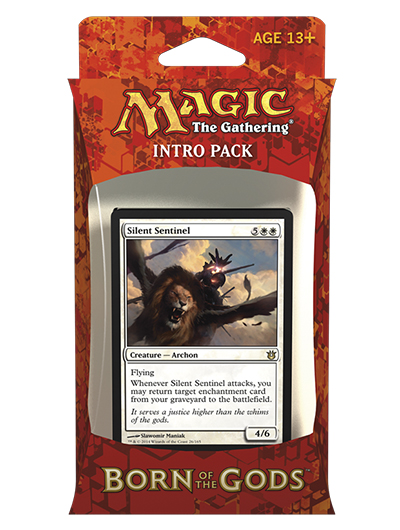 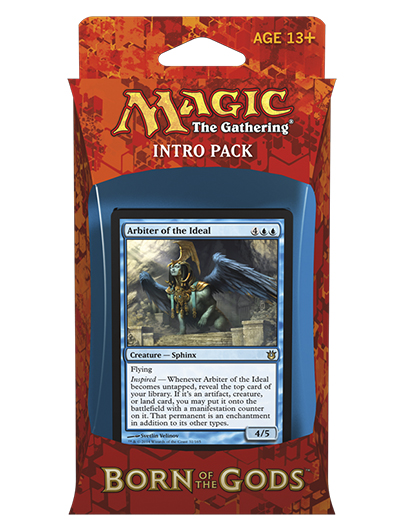 Untapping is an integral part of Magic, so there are plenty of directions to go when you're looking for cards to add. The Born of the Gods card Claim of Erebos is an Aura that grants one of your creatures a powerful

ability. Thassa, God of the Sea from the Theros set has an activated ability that keeps your creatures from being blocked, letting you keep up the assault. 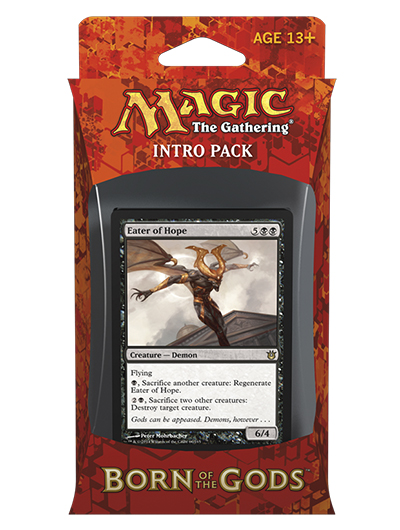 If you want more ways to cast your large creatures quickly, Elvish Mystic from the Magic 2014 core set is a great way to get ahead on mana. If another creature that benefits from filling up graveyards is what you need, Champion of Stray Souls from the Born of the Gods set lets you sacrifice creatures to return your best creatures from your graveyard to the battlefield.

2 Weight of the Underworld 1 Raised by Wolves 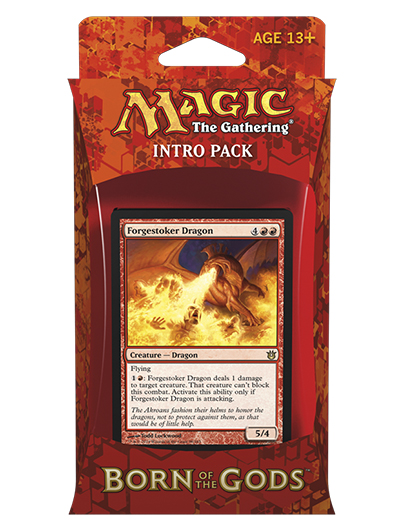 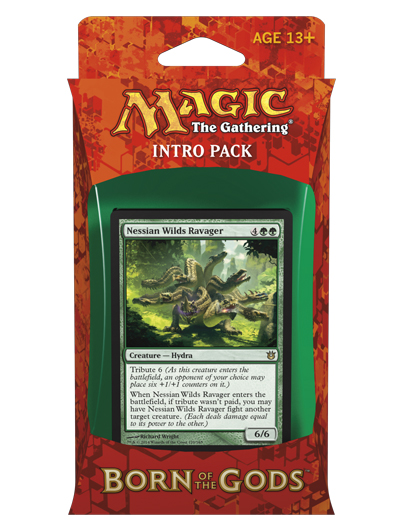 There are plenty of red and green cards that fit right into this deck. Verdant Haven from the Magic 2014 core set allows you to enchant one of your lands to make it produce extra mana, as well as gaining you some life to survive until you can cast your big creatures. Flame-Wreathed Phoenix from the Born of the Gods set is the king of tribute. Your opponent has to either let you have a giant flying Phoenix . . . or give it haste and allow it to return to your hand if it ever dies!