s you remember, we're changing the way theme decks work for Shards of Alara. They're now "intro packs", and each one comes with a 41-card preconstructed deck (including a foil rare!) and include a strategy insert, a learn-to-play insert, and a 15-card random booster pack from Shards of Alara.

Ah, but what's in them? Let's look at three of them and find out!

The plane of Bant is a regimented hierarchy of knights, aven, and tough-minded rhoxes who uphold the ideals of the angels. Summon Bant's most worthy heroes, then rally them around a mighty champion who will smite your planeswalker foes. 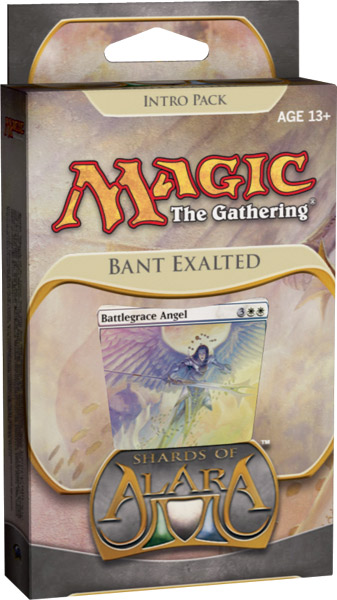 2 Excommunicate 1 Kiss of the Amesha

The plane of Esper is dominated by brilliant wizards, artificers, and sphinxes who seek to control the very forces of nature through a magical alloy called etherium. Construct an army of unstoppable artifacts using the power of etherium, and dominate all who would stand in your way. 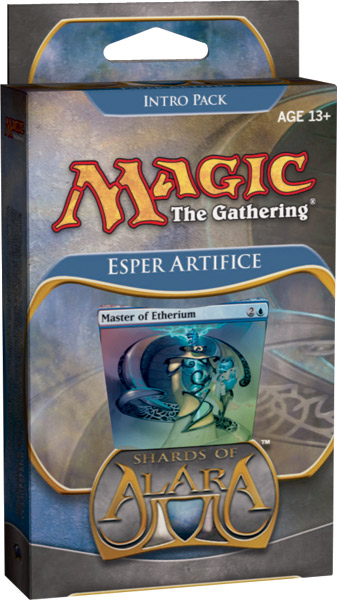 The plane of Grixis is a decaying hellscape overrun with demons and the undead. Summon an army of shambling minions from Grixis, mastering their power of life beyond death to overpower any planeswalkers who would dare oppose you. 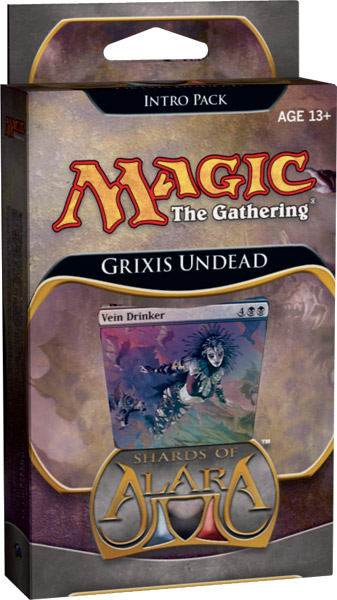 Come back tomorrow for Naya and Jund!