ith the announcement of Magic 2015 , came the quiet introduction of a new product: the Clash Pack. We didn't say anything about it during the announcement but now it's time to share some more of what this actually is.

First off, let me clarify one thing: Clash Packs are not replacing Event Decks; instead, Clash Packs will alternate with the Event Deck, meaning that you'll see a Clash Pack for Magic 2015 , and an Event Deck for "Huey." The Clash Pack will then return in "Dewey."

A two-player product, the Clash Pack contains two sixty-card decks designed to be played against each other. It's a great way to introduce new players to Magic. And it also comes with six premium foil cards with alternative art. 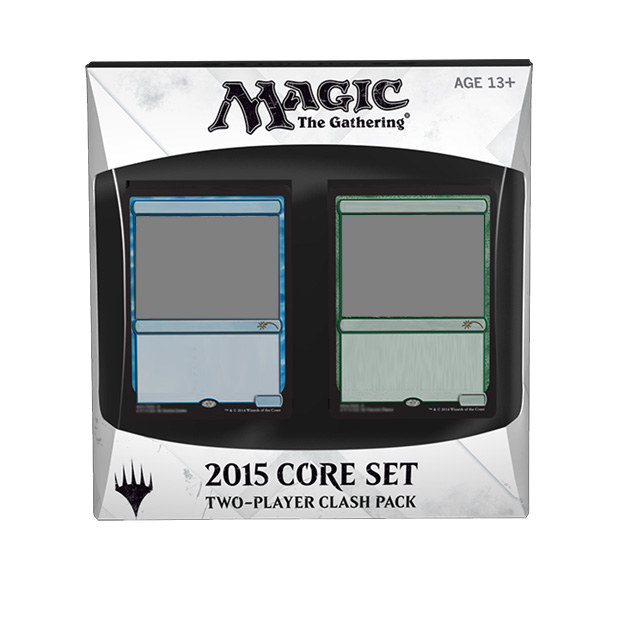 So what happens when your friend is ready for the next level? Well, the Clash Pack comes with instructions that show you how to combine cards from each of its decks to create a new deck designed to be equal in power to what you would expect from an Event Deck. But this is only one combination. There are countless ways to make a deck your own.