he leader of the Azorius guild is the sphinx Isperia, currently appearing in Return to Ravnica as Isperia, Supreme Judge. But Isperia first appeared in Ravnica: City of Guilds as Isperia the Inscrutable.

The art for Isperia the Inscrutable was drawn with more background than you see on the card. In fact, it looks like this! 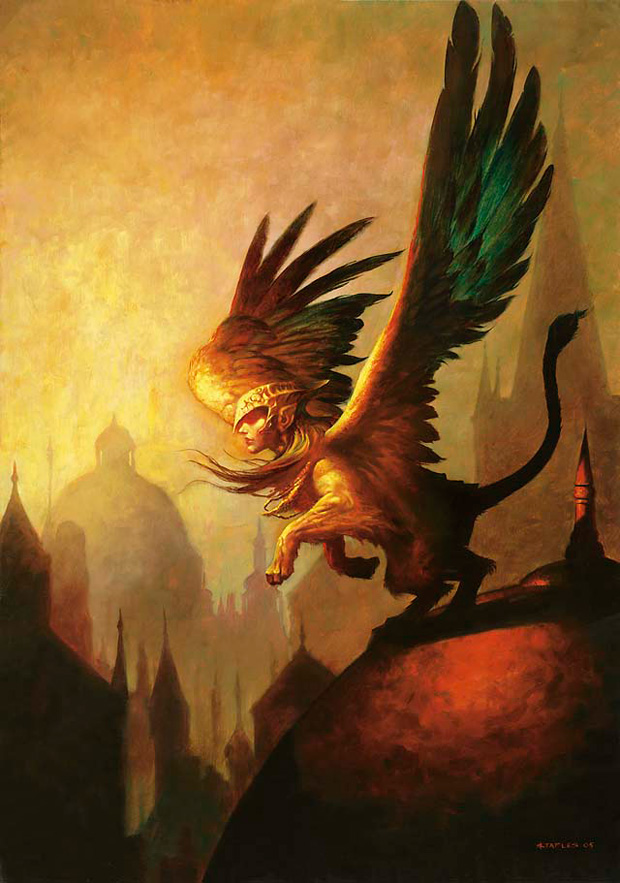 Back then, the guildmaster was Grand Arbiter Augustin IV. But by the time Isperia came back in Return to Ravnica, the sphinx had taken the position and got a new card: Isperia, Supreme Judge. 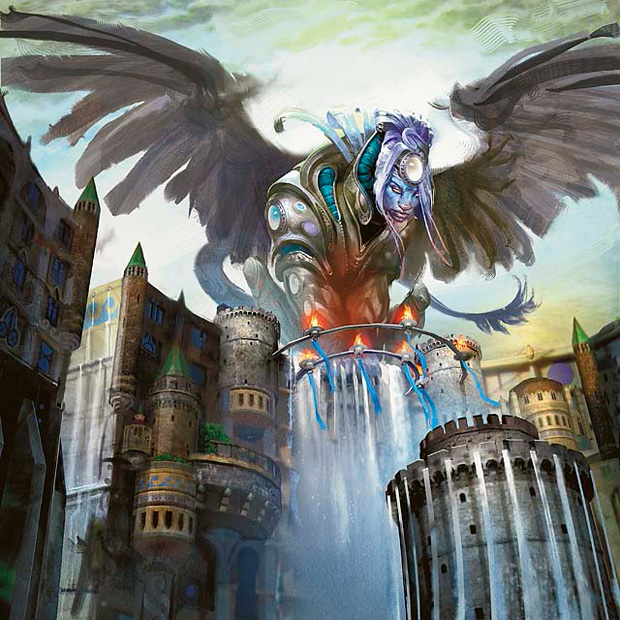 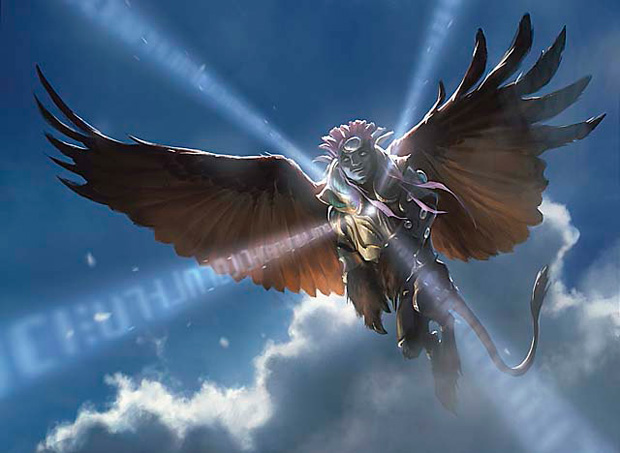 There's another place to get a good look at Isperia, but it's not on a card. As seen in this Arcana, there's a new Magic Online avatar for Isperia, Supreme Judge! 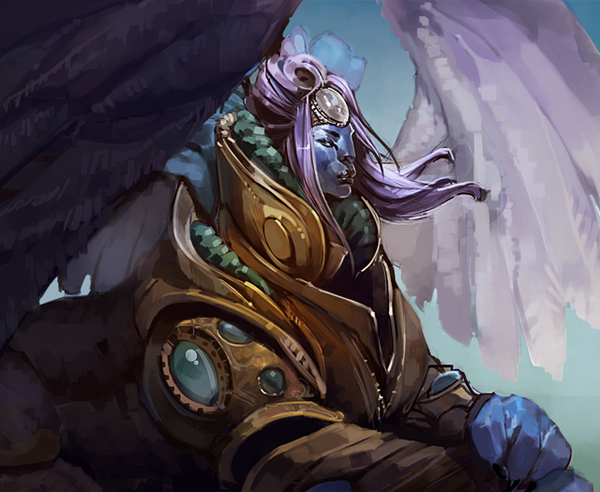