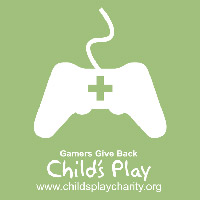 very year, Penny Arcade runs Child's Play, a charity devoted to rounding up toys, games, and money for children's hospitals. And one of the key events is the annual Charity Auction, at which various cool gaming-related things are auctioned off.

We bring this up because this year, the "tour of Wizards of the Coast and Magic R&D" went for $1,900 (which, the Magic brand team would like us to point out, is $300 more than the D&D tour went for), and the tour happened on Monday, conducted personally by Mark Rosewater. Congratulations to Aaron Doukas: 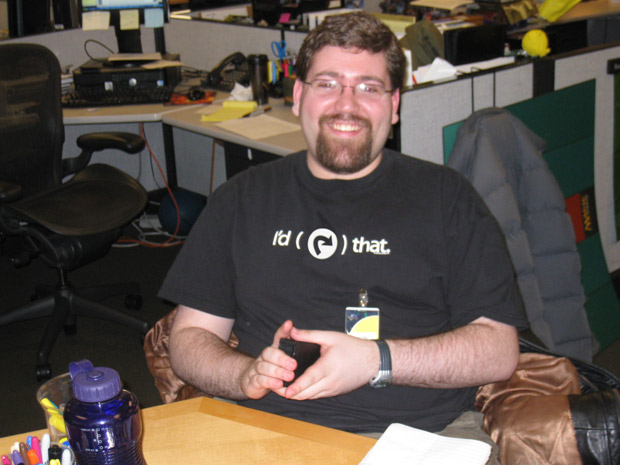 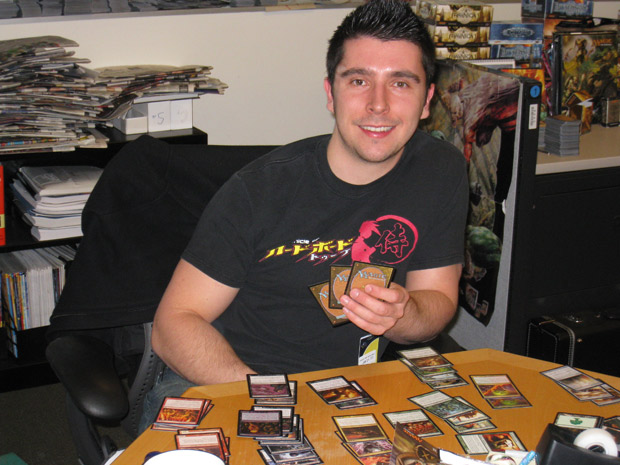 It turns out that they timed their visit well, because there just happened to be some Conflux around. And even though the prerelease was still a few days away (as it still is, if you haven't made your plans yet), Mark Rosewater rounded up some R&D and Magic brand members for an impromptu Conflux sealed deck tournament. 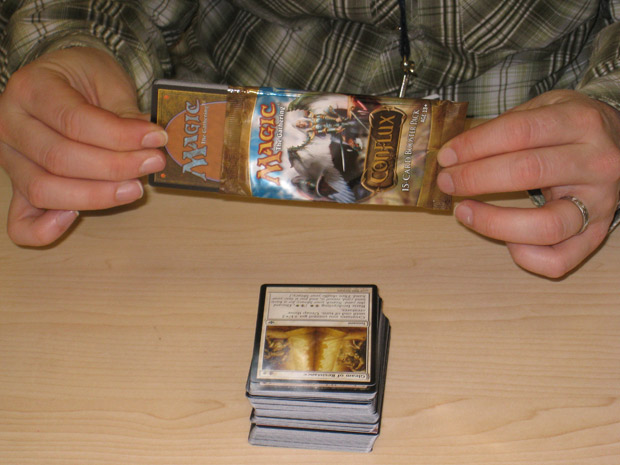 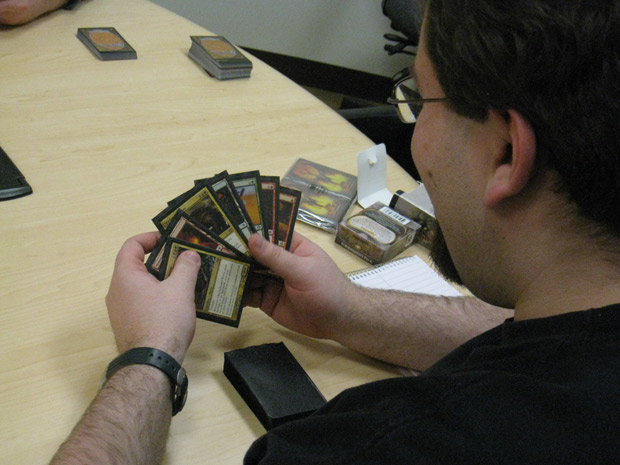 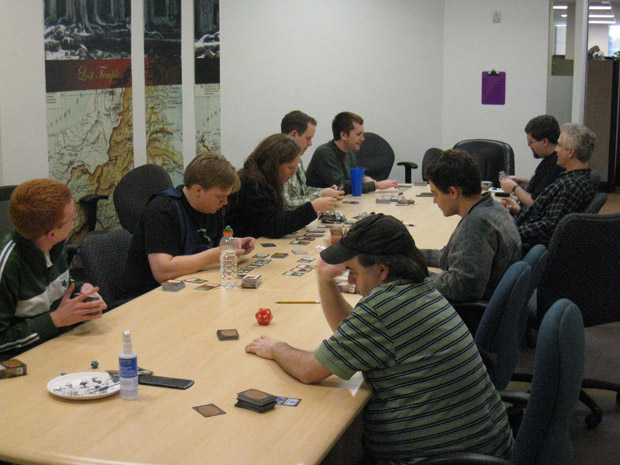 The official winners of the tournament were Mark Gottlieb and Mark Globus, who were both undefeated. Auction Winner Aaron beat Magic R&D Director Aaron Forsythe and R&D VP Bill Rose, but lost to Mark Rosewater.

Aaron and Andrew left happy (and loaded down with Conflux and other Magic product), so we hope they got their $1,900 worth. And Wizards of the Coast and Child's Play look forward to doing this again next year!