In Mike Flores's return to DailyMTG.com today, he discusses the most dominant Top 8 performance by a single card—in this case two cards—ever: Grand Prix Dallas/Fort Worth 2011.

Or you could call it Jace's Top 8.

GP Dallas/Fort Worth was a historic Grand Prix for a number of reasons, although foremost in everyone's mind is the dominant performance by both Jace, the Mind Sculptor and Preordain, which, as Flores points out, put a perfect 32 copies each in the Top 8 decks, even as the Top 8 was split evenly between WU Caw-Blade and RUG (now Temur) decks.

That, in turn, led to a subsequent banning of both Jace and Stoneforge Mystic in Standard. Preordain, as it were, remained untouched—at least until Modern came around. In fact, this was the last time cards were banned in Standard, and this particular Top 8 was a big reason why.

But that wasn't the entire story of this tournament or Top 8... 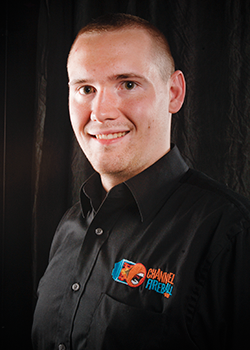 For one, this tournament was smack-dab in the middle of Owen Turtenwald's historic 2011 Player of the Year run, one won almost entirely on the back of his absurd Grand Prix success. Turtenwald not only went undefeated on Day One (again), but also secured his third of seven Grand Prix Top 8s that year—then a record (it was just broken by William Jensen this year).

It was also, unfortunately for Turtenwald, his sixth Grand Prix without a win en route to setting the record for most Grand Prix Top 8s without a win (eleven). Eventually, he'd break that spell in Washington, DC, in 2013.

The second was the even split in the Top 8 between Caw Blade and the RUG decks. It was such an even split that it inspired us to take the following Top 8 photo, which you can't find on the interwebz anymore (until now): On the left, those who played RUG—a Lotus Cobra, Inferno Titan, Jace deck—and on the right, those who played WU Caw Blade. Exactly half of each contingent made it to the semifinals and, once again, the finals was split between the three-color deck—helmed by Orrin Beasley—and the Squadron Hawk, Equipment-toting menace—helmed by Dave Shiels.

But it wasn't evident that this would be the case at any point. The Day Two metagame certainly skewed toward those two decks, but they made up less than half the field. In fact, a number of ChannelFireball stalwarts at the time came with a Boros deck, and more than a few pros thought Valakut, the Molten Pinnacle-based decks were among the top decks.

What's also notable is how stacked this Top 8 is. Excepting Alex Bertoncini, who is currently suspended by the DCI, every one of the other Top 8 competitors have put up multiple results either before or since this tournament. In fact, the Top 8 had not only Turtenwald, but Utter-Leyton as a future Player of the Year as well. Michael Jacob was the next most accomplished on that list, sporting a Pro Tour Top 8, multiple national team appearances, and a Team World Championship.