kay. This one is kind of complicated, and we're not going to be much help explaining it. But we're going to convey the basic idea and then look at the pretty pictures.

Our story begins with Game Japan, a magazine that, unsurprisingly, is about games. In Japan. It looks like this: 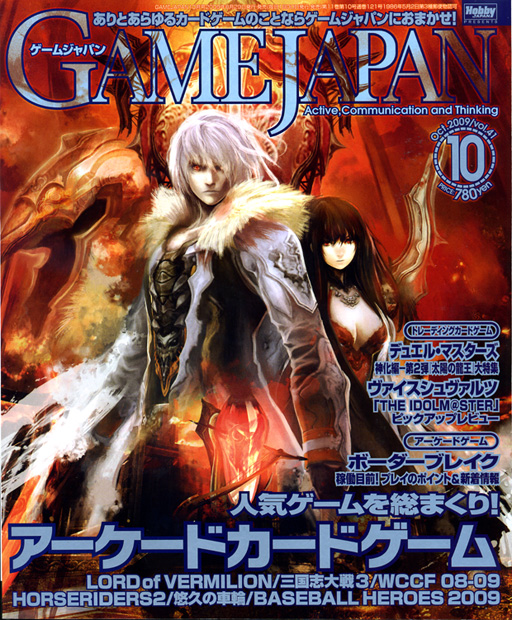 Now, Magic is, as you may already be aware, a game. So it makes sense that there are articles about it in this game magazine. With us so far? Great! Because we're going to introduce some characters! 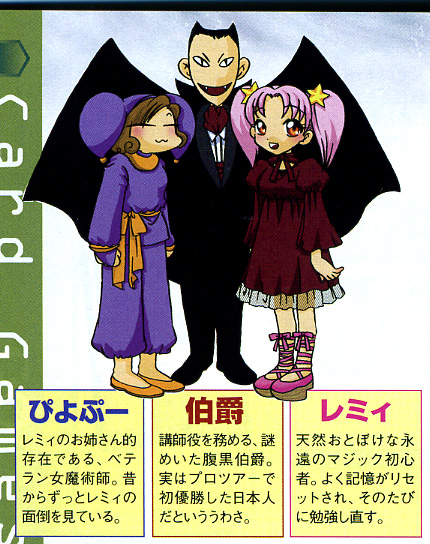 This is ... well, we're not sure. We have people in the office who speak Japanese, but we think it's more fun to puzzle it out on our own. The basics are obvious: a vampire and two girls. And here's the fun part: they teach Magic! 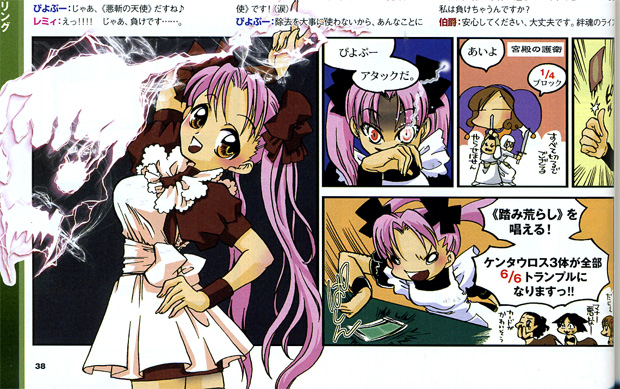 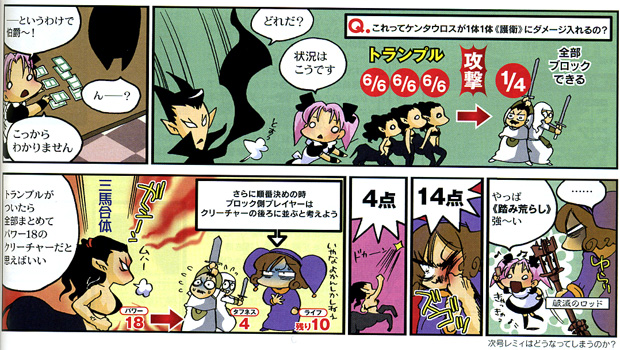 In this vignette, the girl with the brown hair is sitting smugly behind her 1/4 Palace Guard when she's unexpectedly attacked by what appear to be three Centaur Coursers under the influence of an Overrun, giving them trample. And then the comic explains how four damage goes to the Palace Guard and the other 14 hits the player!

Next up, we have an explanation of how planeswalkers work, featuring an adorable Garruk Wildspeaker, an even more adorable Chandra Nalaar, and an unexplained bear. 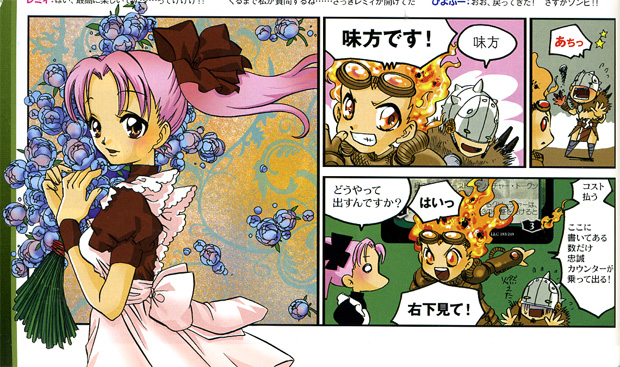 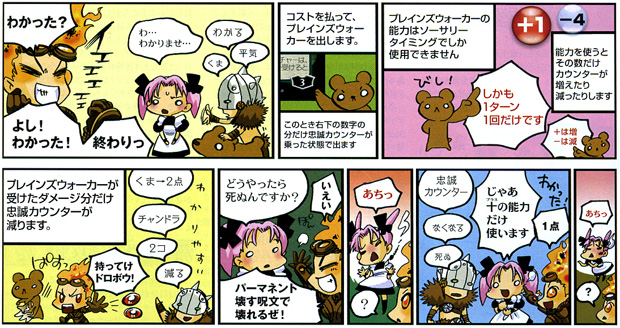 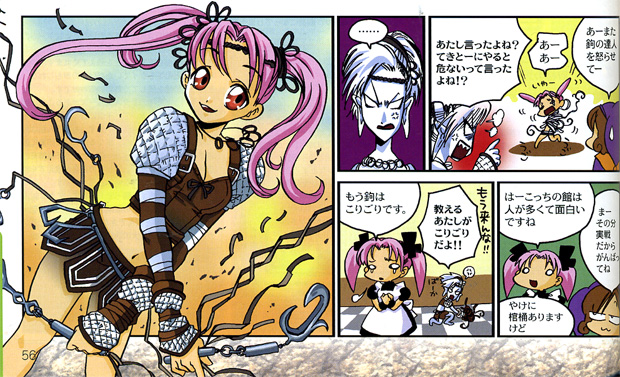 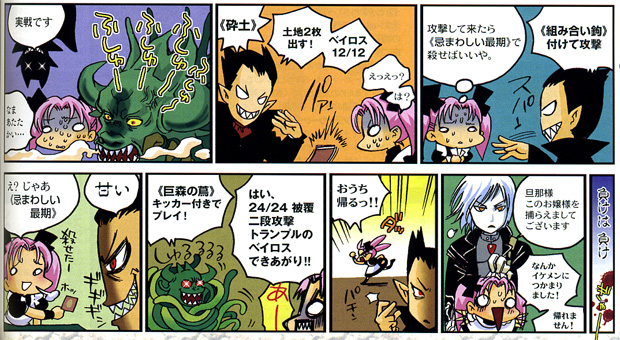