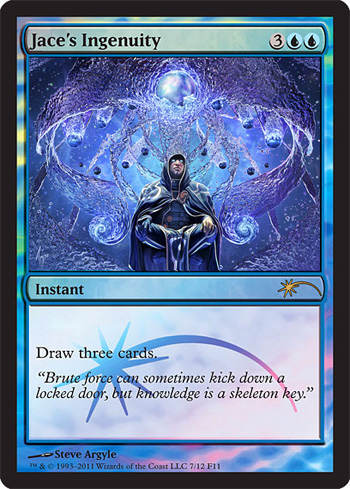 Each month a different foil card will be given out. The cards often feature original flavor text and updated wordings.

Since tomorrow is the first of July, that means the Standard bannings go into effect. To remind you, that means that Jace, the Mind Sculptor is banned. And Stoneforge Mystic is banned unless it's part of the War of Attrition deck list. If this is the first you're hearing of this, Aaron Forsythe's explanation is highly recommended.