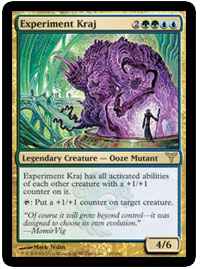 his is a legendary Simic aberration, a huge shapeshifting mass of stuff that takes on the attributes of whatever other creatures are nearby. It's up to you to decide what this monstrosity looks like, but it's at least 20 feet tall. Think of jellyfish, dermoid cysts, bioluminescence, giant microorganisms, slimy marine plants ... this should be one giant, bizarre, amorphous ooze-shifter thing.
--from the art description of Experiment Kraj

Yesterday, Mark Rosewater previewed Dissension's Experiment Kraj, a legendary Simic monstrosity capable of "evolving" the strengths and abilities of other creatures. Magic artist top-gun Mark Tedin was aimed at the task of illustrating the thing.

He came up with this: 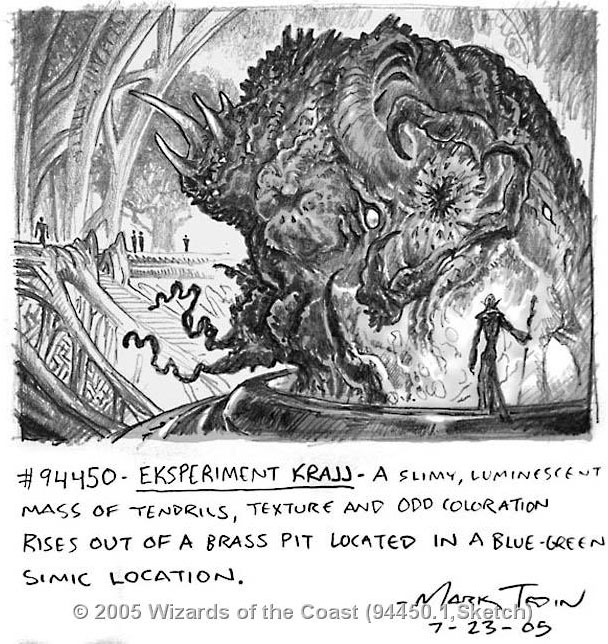 These comments from artists are golden — they help the creative team get inside the artist's head, hear that the artist is on the same conceptual page as the art description, and predict what the final, colorized art will look like. Speaking of which... 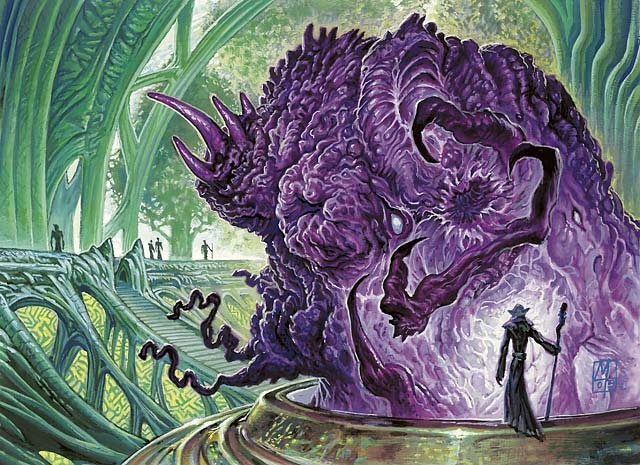