tarting with the upcoming Magic 2013 league, players will be able to win an exclusive token! For this upcoming league the token is: 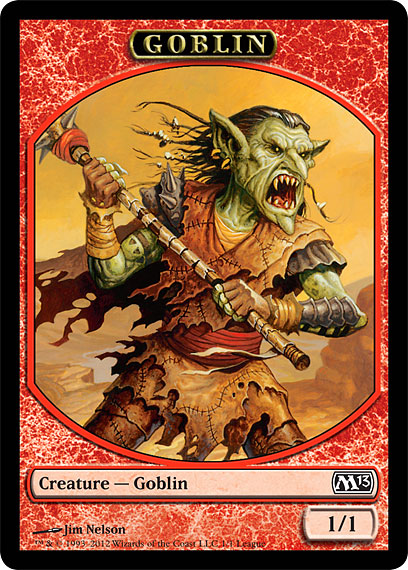 Since you haven't seen the M13 tokens yet, let me confirm for you, this is not the Goblin token you might open in a booster pack. However, this token is being sent out in all eleven languages to stores that participate in the M13 League.

The league packets sent to each store will include twenty copies of this token, with the intent of supporting two leagues. It is a base prize for the Top 10 finishers in the league.