ello! My name's Monty, and I write the Magic Arcana column. You're reading it right now! I recently changed desks, and that meant that a lot of old Magic things bubbled up to the surface. And that makes for perfect Arcana fodder! 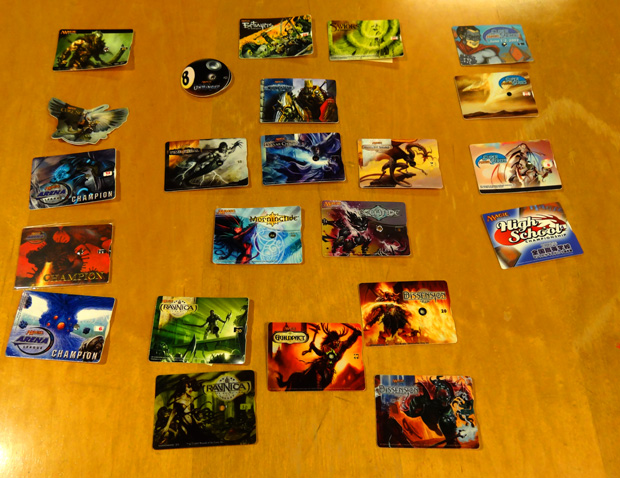 These are life counters that vary in age from "a few" to "several" years old. At one point, they were given away to champions of the Arena League in stores: 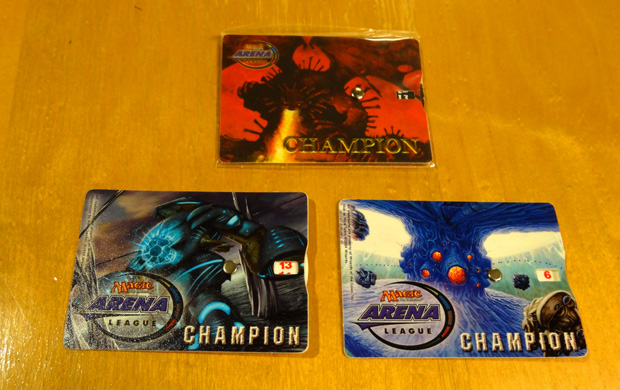 There was also a set made for the Super Series: 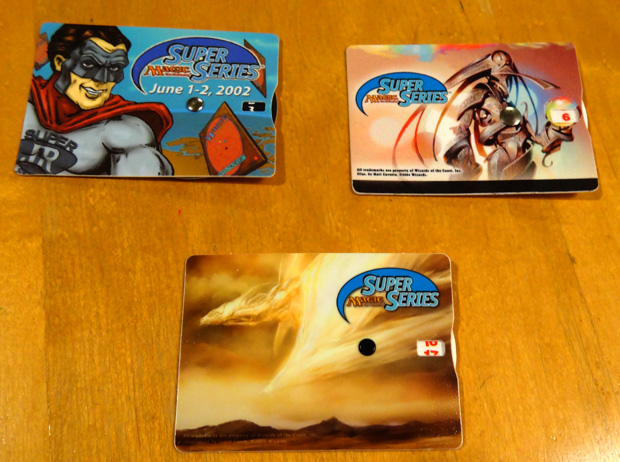 Even the Japan-only High School Championship got one: 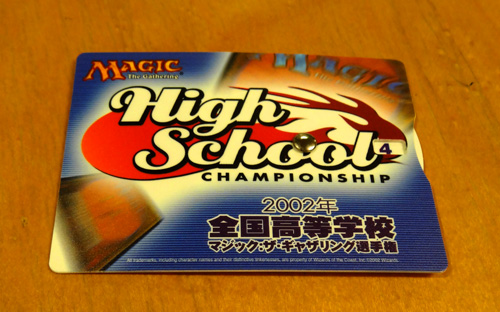 But the ones that most people will be familiar with are the set-specific ones. I don't have a full collection, but for the original Ravnica: City of Guilds Block, there was one life counter for each guild:

There were a few that were made in odd shapes, like this one for the Ninth Edition core set: 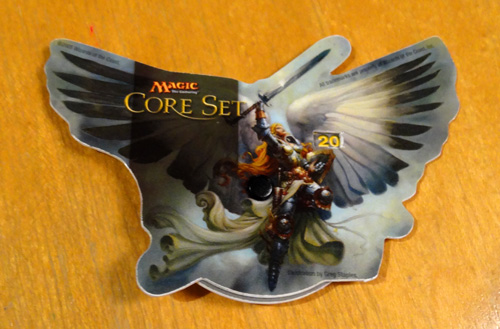 My favorite is this one for Unhinged: 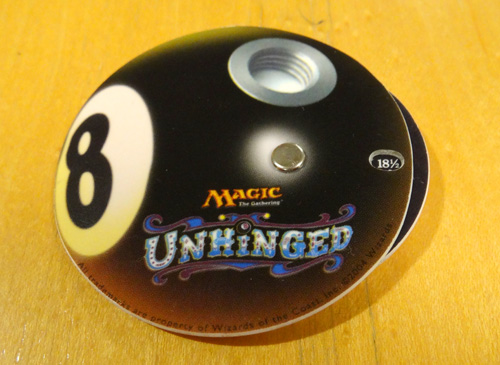 What makes that one cool (aside from just being associated with Unhinged) is that there were halves in the set (like Sauté, which does 3½ points of damage), so the life counter had to have halves on it as well: 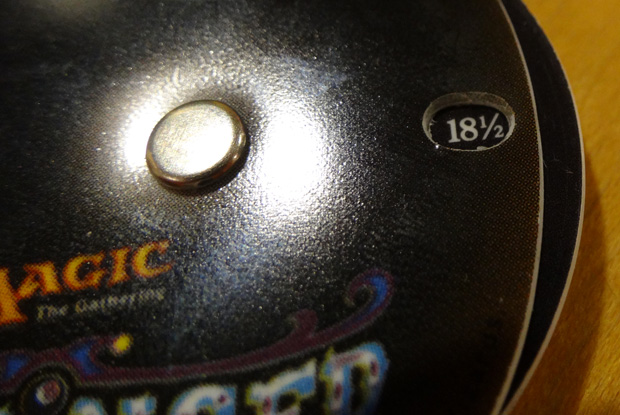