The Long Life of Karn

f you've been following Magic for years and years, you know who this is: 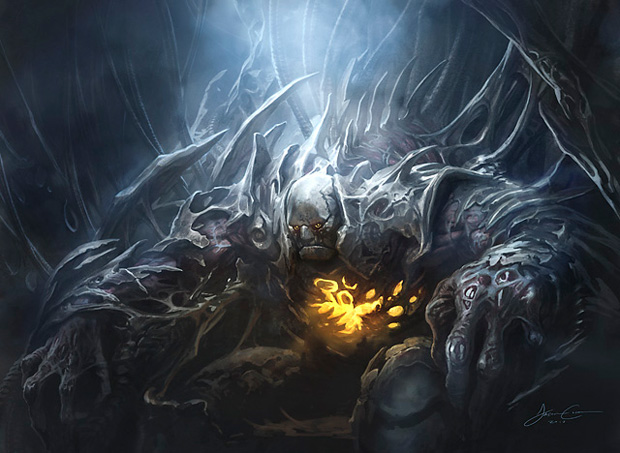 That, of course, is Karn, who has appeared on cards in a wide variety of sets. Behold! 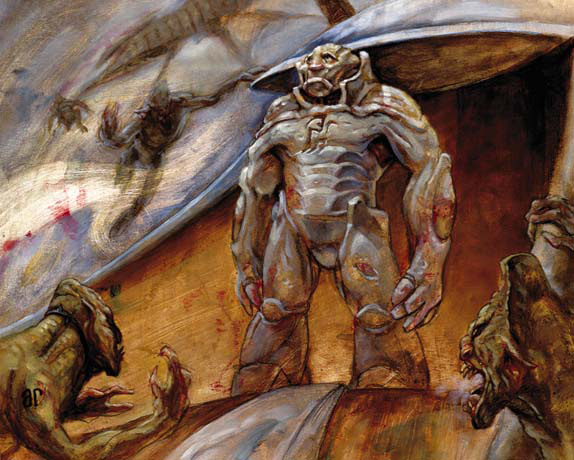 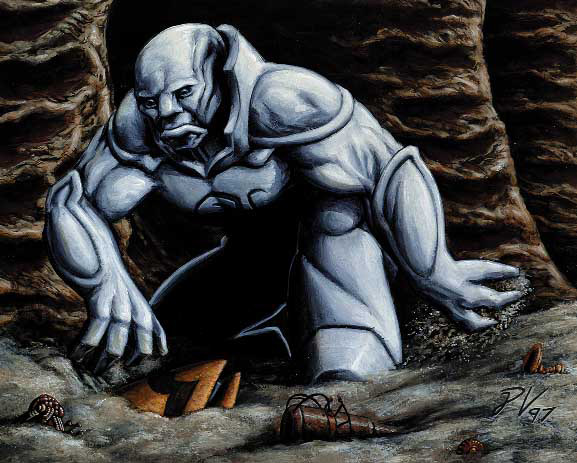 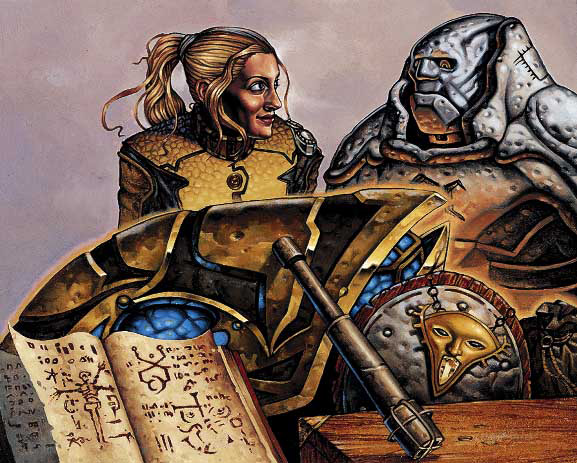 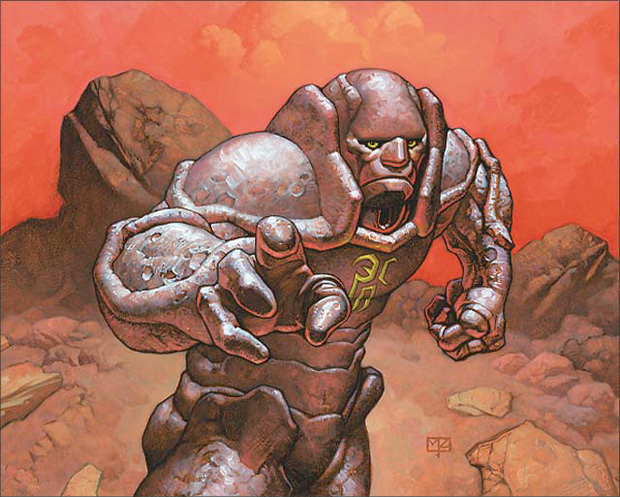 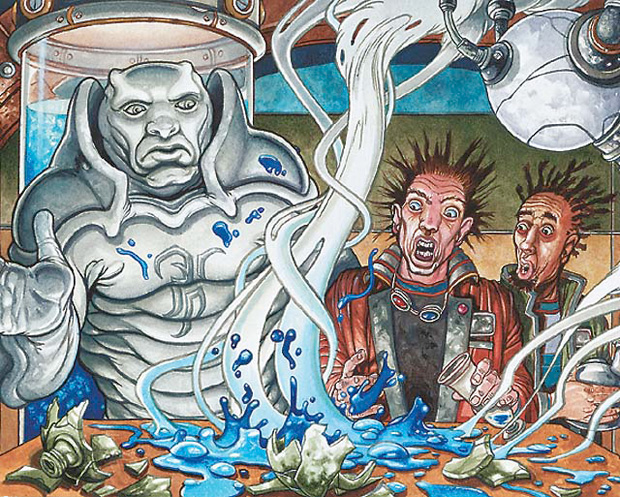 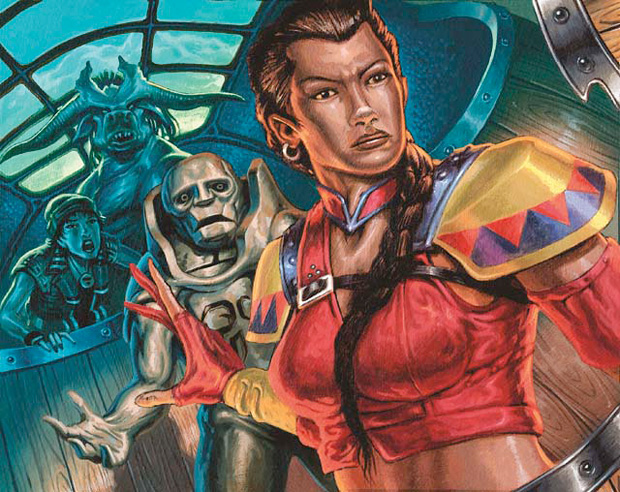 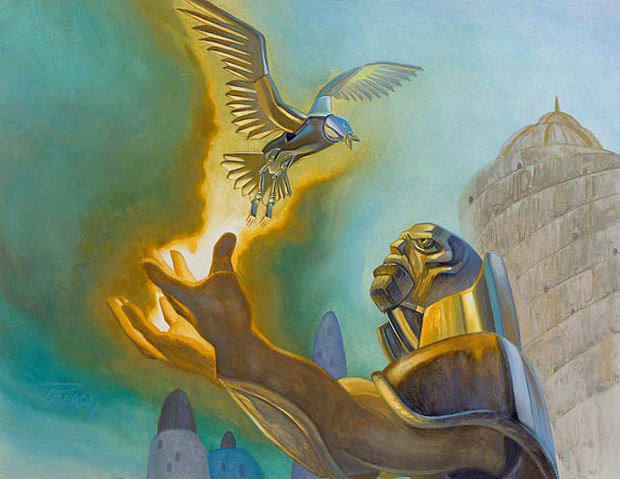 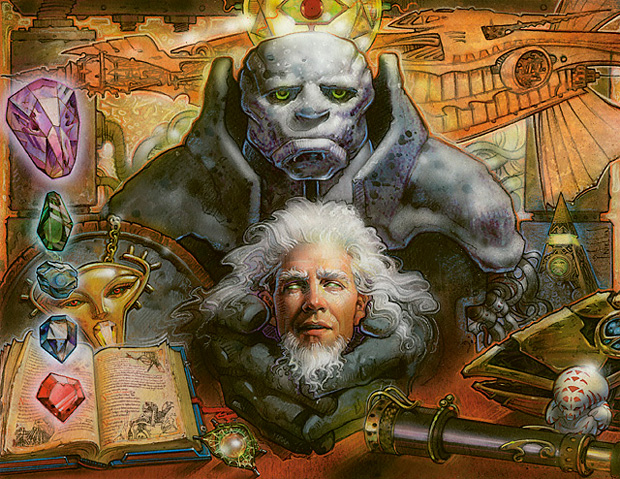 Now, we've got a surprise for you. There's one more set that had Karn in it, but you've never seen it. That, of course, is Unglued 2, which got cancelled and then cannibalized for Unhinged ideas. And in Unglued 2, there was a card called "Jeopardy," which was illustrated by Phil Foglio. So here, for what is probably the first time anywhere, is that piece of art! 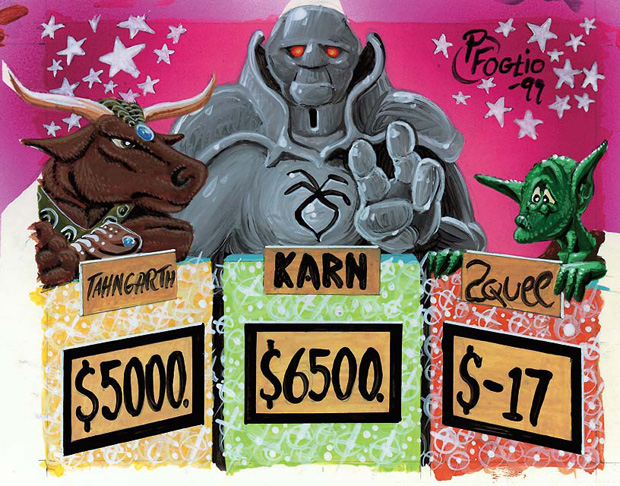