A Look at Traditional Transitions

love digital art. I also happen to love traditional art. I realize there is a distinction between the two, but not the distinction most who I've talked to see. I don't think of one as better than the other.

I think of digital art and traditional art as I think of pie and cobbler: Essentially, the same ingredients (in visual art, that would be use of tone, color, light, space, and composition—I don't mean the tools) but significantly different results. Ultimately, both are delicious, and made of the same things, yet people seem to get pretty ferocious over whether or not they are equal. That's okay with me because I get to eat more while they argue. My point is—there are some differences between digital and traditional art that are absolutely worth pointing out (believe me, I sincerely wish my watercolor brushes had an "undo button") but both are, truly, in my opinion, art.

One of my favorite things about traditional art is an inside look at the process, because we don't get to see it that often. Progression is easy to show with digital art. Layers, undo, and saving out history states all make showing the progression pretty simple. Not so with traditional media. Short of video recordings, you only get what I'm about to show you if you're lucky and get to see the sketches.

So here are some examples of traditional Magic art with the original sketches overlaid.

Just click through the stages to see what I mean. Have fun! 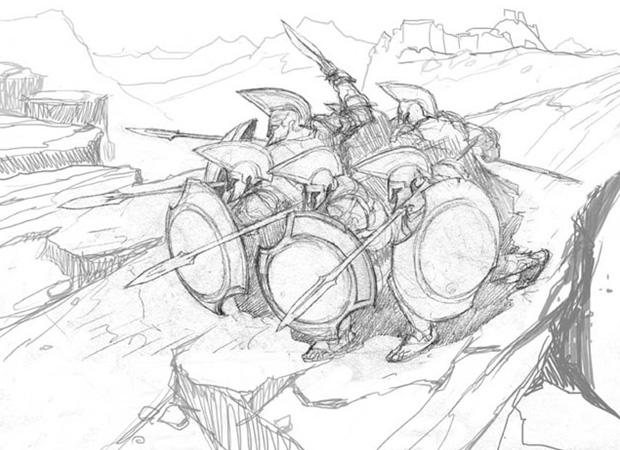 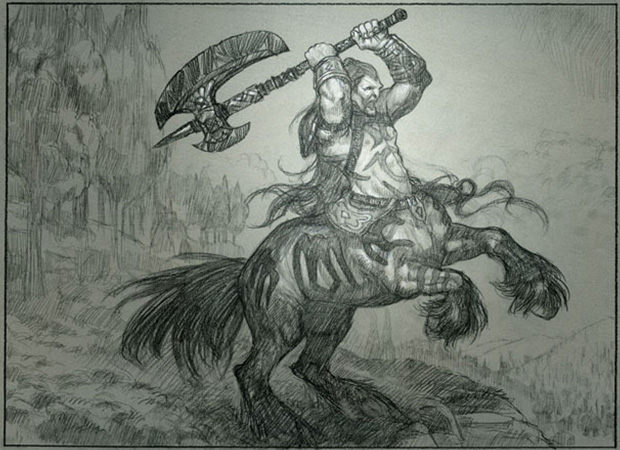 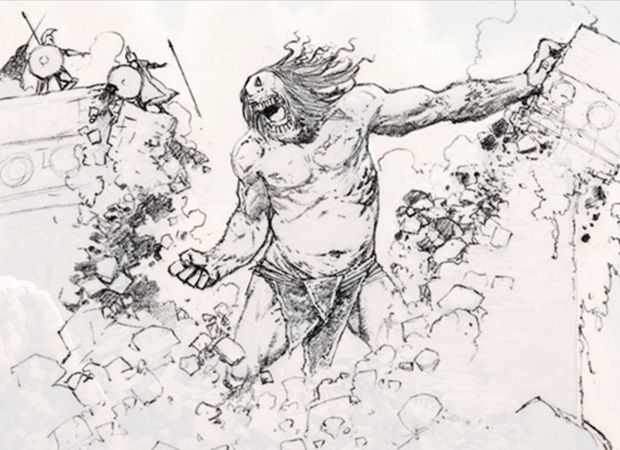 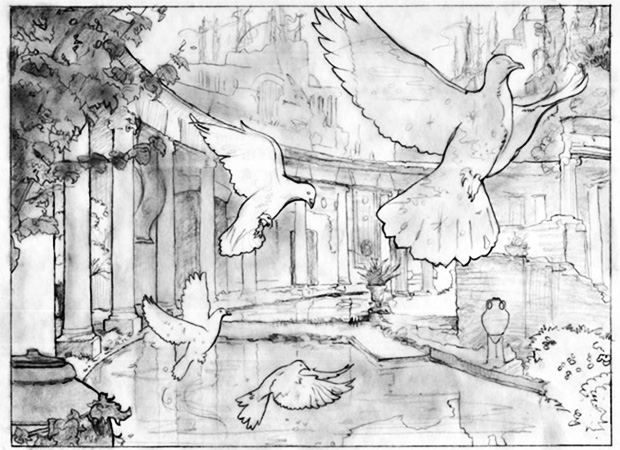 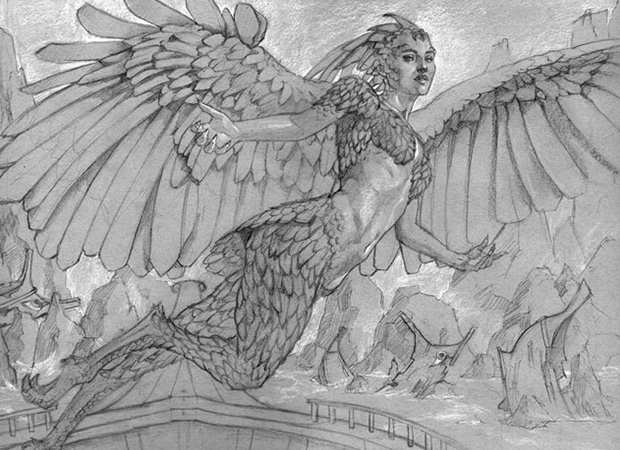 Siren of the Fanged Coast | Art by Michael C. Hayes