Lorwyn, giants were reclusive and aloof, but still recognizable. They could, as this image from the Lorwyn Style Guide suggests, occasionally have a conversation with a kithkin: 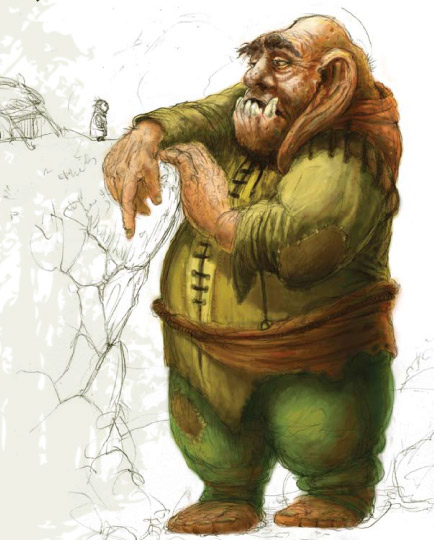 However, Shadowmoor giants are only semiconscious. Here's what the Style Guide has to say:

The towering giants have slept for so long that they have melded with the world itself. They now lumber across Shadowmoor in a state of feral half-consciousness. Shadowmoor’s giants are like bears whose hibernation has been interrupted. They act according to the basest of urges, and when those urges can’t be sated, they grow angry.

These giants have merged with the land itself: 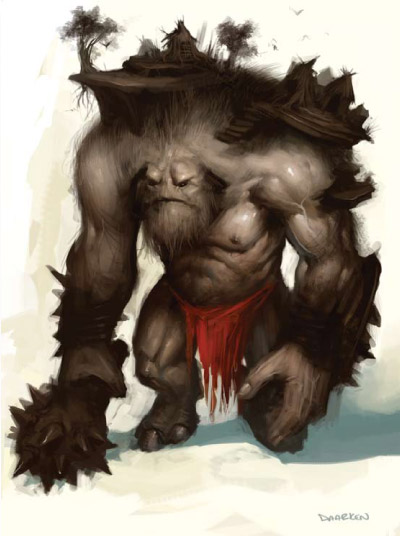 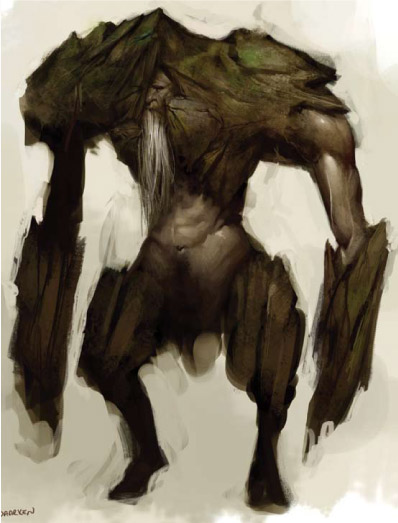 However, one image from the Shadowmoor Style Guide suggests that even when you've become part of the countryside, you can still take the time to chat with a neighbor: 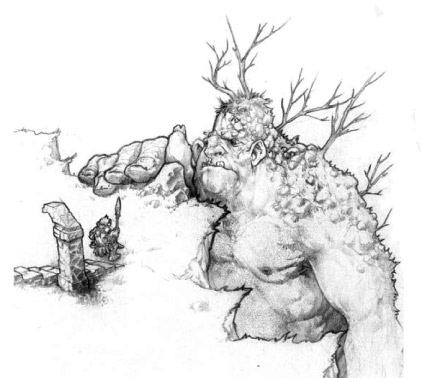